The Golden Secrets of Lettering

Design lettering from start to finish for a personalised postcard

Design lettering from start to finish for a personalised postcard

Spread the word! The designer Martina Flor will introduce you to the art of lettering and will teach you the principles behind the typography and the most effective techniques to devise, draw and create a piece of lettering from scratch, from the pencil to the latest digital tweaks. You will create a postcard with a message, a unique and personal design that you can send to the whole world. Do not you dare? Martina is clear: drawing letters is something that everyone can learn and is willing to unveil all typographical secrets, including tricks that you can apply in your future as a lettering artist. Undoubtedly, this course will change the way you see typography.

To start your typographic adventure, Martina Flor will guide you through a review of her works, her influences and some very useful resources. It will also include some special professional tricks for lettering artists. The designer will share with you her sketches and all work processes and you will learn to observe the typography with a critical eye. Exploring the bases of typographic design and labeling you will see some brief principles that will help you to understand why the forms of the letters are as they are and how they are constructed. In addition, you will practice techniques to draw letters and you will go through the complete process of making a lettering: from your hand sketch, refinement, your transition to digital support and ¡tachán! You will have a magnificent word ready to speak to the world. 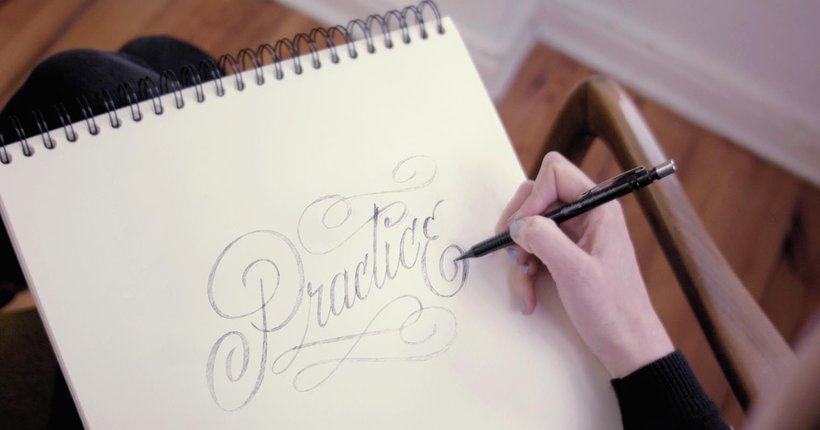 WHAT IS THE FINAL PROJECT OF THE COURSE?
How long have you not sent a postcard? Taking Martina's personal project as a reference Letter Collections , you will design a lettering for a postcard so wonderful that you can send it to your friends, family and, why not , to that job you want to get. 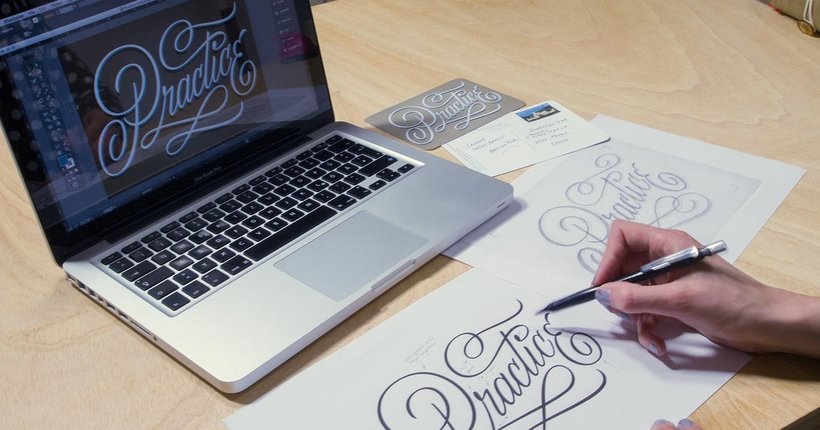 This course is aimed at those who want to start in the world of lettering or those with experience seeking to improve their techniques to draw letters. It is also useful for students who want to explore the art of lettering as well as for professionals in design, art or illustration, who want to expand their set of tools for their creative work.

To make your lettering you will need paper, lead pencil and tracing paper. Then, for the digital phase, you will need a computer with Adobe Illustrator installed.

Martina Flor is a lettering artist and designer born in Buenos Aires who has lived and worked in Europe for 7 years. After graduating as Graphic Designer at the University of Buenos Aires, she settled in Barcelona where she studied a Postgraduate in Design for Communication at Elisava School. Later, he moved to The Hague where he obtained a Master's Degree in Typography Design from the Royal Academy of Art. Now he lives in Berlin, where, after working for the Dutch designer Lucas de Grot, she founded his studio of 'Customized Lettering and Typography', working for clients all over the world.

In addition to her commercial work for clients, Martina considers her personal projects a vital part of her work and creative development. She is the creator of Letter Collections and GoodType.co, and co-founder of Lettering vs Calligraphy. Among its clients we find first line names like The Washington Post, Etsy, Pinterest, Cosmopolitan Magazine, Penguin Random House, Harper Collins, Fontshop, Harrods and Levi's, among others.

Martina also enjoys traveling around the world speaking at conferences or giving workshops to help other designers expand their skills and stimulate their creativity.

The Golden Secrets of Lettering