Developing every design project with conceptual thinking as a starting point is how it’s done at Argentine studio The Negra, and it is likely to be the reason behind their success so far. Specialized in branding and brand identity, in five years, this “visual factory” has been collecting a portfolio of major brands such as MTV, Nickelodeon, Comedy Central, as well as major national media companies like La Nación.

In this course, The Negra teaches you how to develop a conceptual identity system, going through the base of a project, starting from the initial phase to completion. Design a strong identity, exploring its reach and its limits. Learn how to communicate it, going a step ahead of traditional methods. 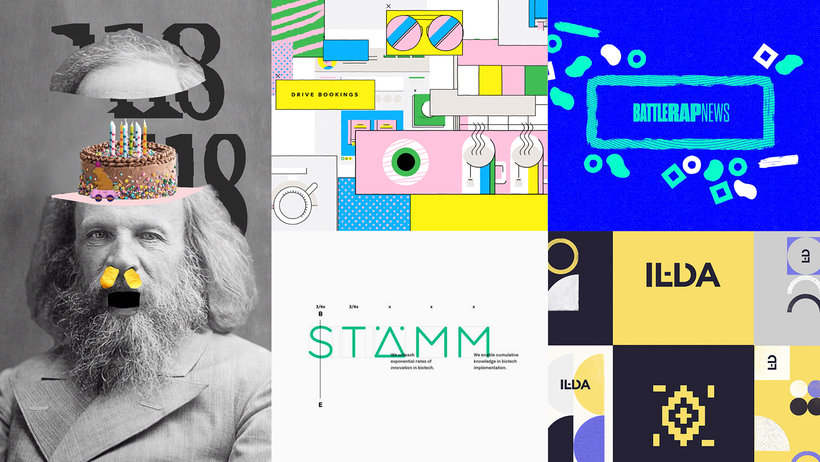 Start the course by getting to know more about The Negra studio, some of their achievements so far, and the influences that have helped them build their design vision.

Learn all about building an identity system, see the importance of a good concept, and identify the ways in which a brand needs to resonate with its audience.

Begin the project by investigating and understanding the brand (or character) you will be working on, in order to communicate it effectively. See some techniques to find good concepts to work with.

Once you have found your concept, start your graphical exploration process by creating a mood board with references and graphic resources. Start designing your visual language, isolating graphical and morphological elements, defining the rules to generate cohesive elements in your graphical identity.

Move onto the logo design, by following the rules of a graphic system, while ensuring that it stands out from the rest. Edit all the elements created for your identity: work on the color palette for the brand and select the typographies.

Develop the components of your identity system to communicate the launch of your brand, going a step further from the traditional formats, with a focus on social media. The Negra will give you advice for your day to day to come up with content for communication.

Develop an identity system for a fictional character, using a famous character as your base: this particular project will be based on Quico, a character in the TV show El Chavo del 8.

For graphic designers and all those interested in generating a strong identity system starting from its concept.

You will need basic knowledge in design such as typography use, color, and image treatment, as well as know how to use the main tools in Adobe Illustrator and/or Photoshop.

As for materials, all you need is a computer with the previously mentioned software.

The Negra
A course by The Negra

The Negra is a small visual factory for graphic design and art direction, founded by a team of graphic designers from Buenos Aires, Argentina. Creators of ideas and stories, The Negra helps their clients evolve their brands by using a diverse mix of media and disciplines: from design and creative consultancy to the visual strategy and branding, using graphic projects of animation, illustration or typography, for online and offline media.