Art Direction and Illustration for Advertising

Learn to structure, develop and present a creative brand campaign

Learn to structure, develop and present a creative brand campaign

In Typewear, a Mexican illustration, design and creativity studio, they are convinced that the secret of a good advertising campaign lies in having a powerful idea but, above all, telling it in an unexpected and effective way through powerful visuals. Typewear has developed a strategy that has led it to work with clients such as Nike, Adobe, Ferrero Rocher or Corona, among others. In this course they will teach you what this methodology consists of.

From the hand of this creative team you will learn to develop an effective methodology to structure, develop and present an advertising campaign. 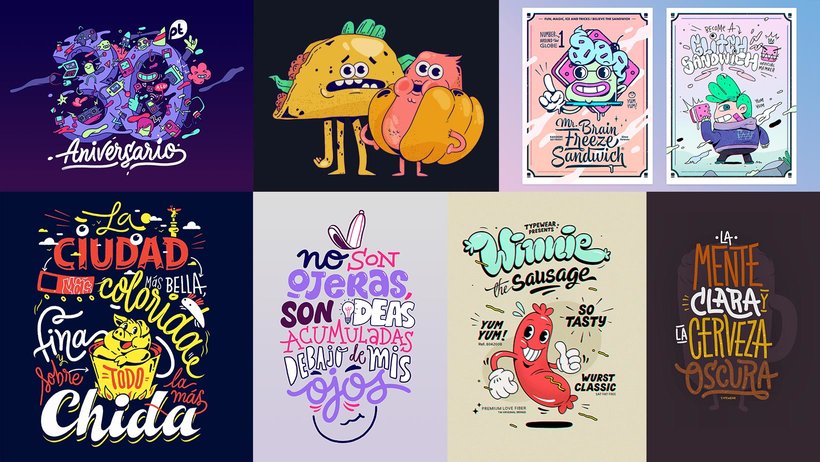 You will begin by knowing the work of Typewear, who will tell you about their beginnings in the middle of design and will show you the work of other artists and creatives that inspire them.

Then, they will teach you how to face a briefing, setting out the context in which the campaign will be developed and looking for the insights on which the creative concept will be supported. For this, they will tell you about their guide to structure ideas or, as they have decided to call it, "Mr. White".

Once the conceptual development is defined, you will create a moodboard that will serve as a reference for the graphic development of the idea.

Then you will define the chromatic palette of your project and create a unique typography from the drawing of the letter. In addition, you will design a series of iconographic elements and characters that will give your project its own identity and help you structure the visual universe of the campaign.

All these elements will make up the visual master of your campaign and from them, you can produce and implement in all types of media that will give strength to your concept in the real world and digital.

To finish, Typewear will give you some tips to present the idea to your client in an epic way and on how to share your work through a digital platform.

Based mainly on the illustration, you will create an advertising campaign for a consumer brand and will develop it in its entirety: from the reception of the brief to the production of graphic and visual material.

To designers, illustrators, creatives, publicists and anyone interested in discovering and improving their creative processes.

Basic knowledge of Photoshop and Illustrator is necessary. With respect to the materials, you will need a computer with these installed programs.

Typewear is a design studio, integrated by Andrei Bengoa, Iván del Río, Miguel Román and David Flores, and founded in 2009. Together they have developed projects of identity creation, publishing and art direction for brands such as Nike, Coca-Cola , Corona, E-Pura, Editorial Santillana, Krispy Kreme or Elemental solutions, among others. They focus mainly on typography and illustration, giving special importance to the strength of the images of all their campaigns.

Art Direction and Illustration for Advertising