Introduction to Digital Compositing in Post-production 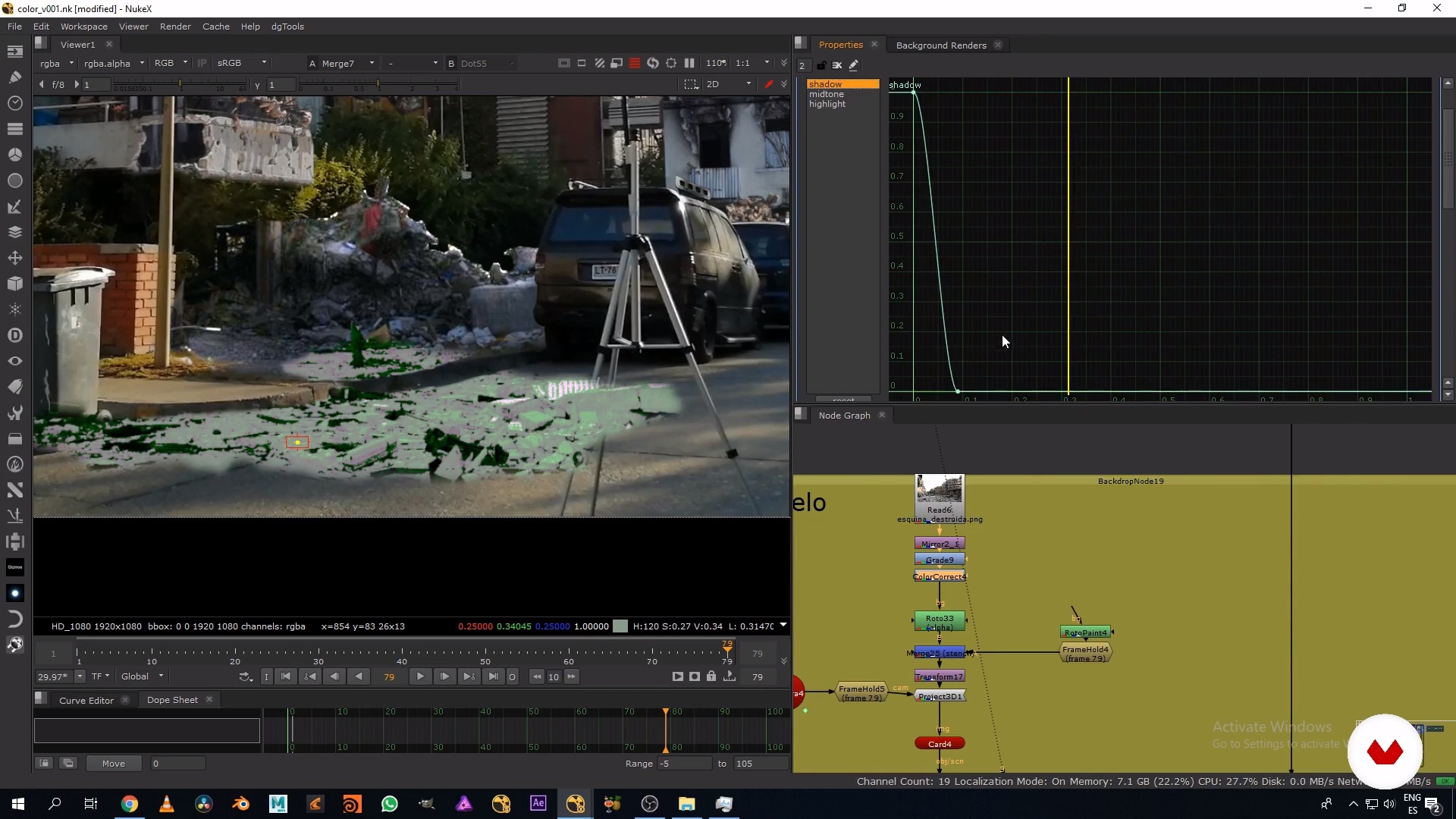 “In this lesson I will make the final integration, matching the colors of the different elements. For this, I will teach you the theoretical concepts about color.”

In this video lesson Juan Olivares addresses the topic: Integración de color (parte 2), which is part of the Domestika online course: Introduction to Digital Compositing in Post-production. Learn fundamentals and basic techniques to create a VFX shot with Nuke.

Juan Olivares is a specialist in digital composition and visual effects. His beginnings in the audiovisual world were in Buenos Aires (Argentina) working for television commercials, where later, he made his great leap to the world of visual effects with the Oscar winning film "The secret of his eyes".

He worked in countless Argentine productions and then moved to Vancouver, Canada, where he worked in houses specializing in visual effects such as The Embassy, Zoic and Digital Domain, with which he could participate in Hollywood productions of the likes of Deadpool, Arrow and Furious. 7. Then, he crossed the ocean, this time to London (Great Britain), where he worked at the Framestore house for the movie Guardians of the Galaxy.

He is currently in Chile, his native country, where he founded a visual effects boutique specializing in characters or creatures, called Grumpy VFX, in which he is a composer and supervisor of visual effects.

Introduction to Digital Compositing in Post-production