Enric Jardí is a Graphic Designer, expert in typography and Editorial Design. In this course you will learn how, why and in what way to choose the most appropriate fonts for your projects. Enric will explain how to work with them, showing you the most common mistakes made when using them and how to avoid them.

You will learn to use the letters, not to design them. Enric will teach you to look at them in a new way, without long lists about their parts and classifications, but understanding their origin and why they are so, knowing the reasons for choosing them, how to combine them, how to get them and manage them.

You will become an expert selecting fonts from A to Z. 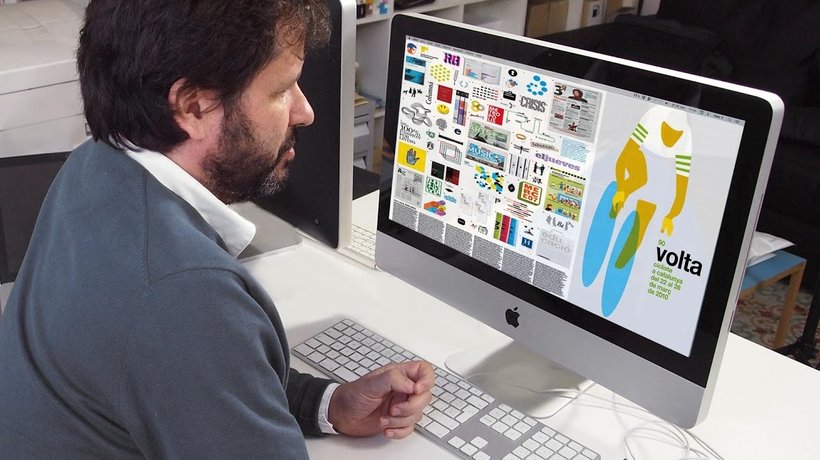 You will start knowing a little more about the work and the influences of Enric Jardí.

Then you will learn to analyze a text understanding how it is done and if you can manipulate it distinguishing if the text is editable.

Then you will learn the key concepts about readability, uppercase, lowercase, large and small texts. You will discover the different typographic families that exist and you will get into the history of 20th century letters and the characters of the alphabet. In addition, Enric will spend some time explaining the best types for paper and screen.

At this point, you will know what "tells us" each typography as observers, how to combine them, work in OpenType and tips to avoid. Before finishing, you will also see several real works and you will know some practical and legal considerations about the management of sources in your computer that will come to you very well for your professional day to day.

Following everything learned during the course, you should choose a series of typographies for the publication of a newspaper working with a complex and flexible hierarchical structure.

This course is aimed at both graphic design professionals and the editorial world who work every day with typography, either in print or digital media, as well as those who, without having much experience in the subject, want to learn a little more about typography and its operation.

Although some advice is given on handling text in InDesign, Illustrator and management of fonts in Macintosh OS that will be useful to professional graphic designers, no special knowledge in typography is required.

HOW DO COURSES WORK IN DOMESTIKA?

All Domestika courses are taught online and aim to complete a final project that you can then publish to receive feedback from the Domestika creative community.

Through video lessons that you can see whenever you want, your teacher explains step by step their tricks and techniques, so that you acquire the necessary skills to carry out the project.

Once the course opens, you can start where and when you want. There are no delivery terms, no end date.

The idea is that you learn at the pace that you propose and that you begin a lasting relationship with the community of your course.

Remember ... This is the beginning of a great friendship!

Enric Jardí's interest in typography comes from professional practice. He studied design at a time when he was not taught specifically but over time he became interested specifically in this subject.

In the 90s, when the first publishers of sources for personal computers appeared, he formed with some companions a foundry that still exists, Type-Ø-Tones.

But above all he became interested in the use of the letter and was incorporated into the classes of Design that at that time and gave first in the Elisava School and later in Eina.

He has written texts, books such as "Twenty-two tips on typography (which some designers will never reveal) and twenty-two things you should never do with the letters (which some typographers will never tell you)" or "Think with images", has lectured on typography, always trying to explain things the way he would like them to have explained them. Trying to explain the reason and the origin of each thing, starting with the important thing and getting to the details and the tricks and questioning the assumptions and myths, that in typography there are many.

Apart from typography, his work focuses mainly on the design of magazines, book covers and corporate image. In collaboration with Marcus Villaça he has developed several editorial projects such as the redesign of the Chicago Reader or the Boston Phoenix.

From September 2005 to April 2009 he was president of the Association of Art Directors and Graphic Designers ADG-FAD and in October 2009 he received the National Culture Award in the Design section granted by the Generalitat de Catalunya.