Learn to create polygonal-style backgrounds with Blender and Unity

Learn to create polygonal-style backgrounds with Blender and Unity

In a video game you can build worlds that invite you to live unique experiences, paying attention from the global vision of space to the smallest details to add sensations. Daniel Gutierrez - art director and 3D modeling specialist - has extensive experience designing scenarios for independent video games, which you can enjoy on platforms such as Xbox, PlayStation 4 and Nintendo Switch.

In this course, Daniel will teach you how to design, 3D modeling and texturing in Blender a stage with style low poly and then integrate it into Unity, one of the most famous video game development platforms in the world.

If in your first course at Domestika Modeling of low poly characters for video games , you already created characters low poly , now you can create the entire universe where your creations come alive. 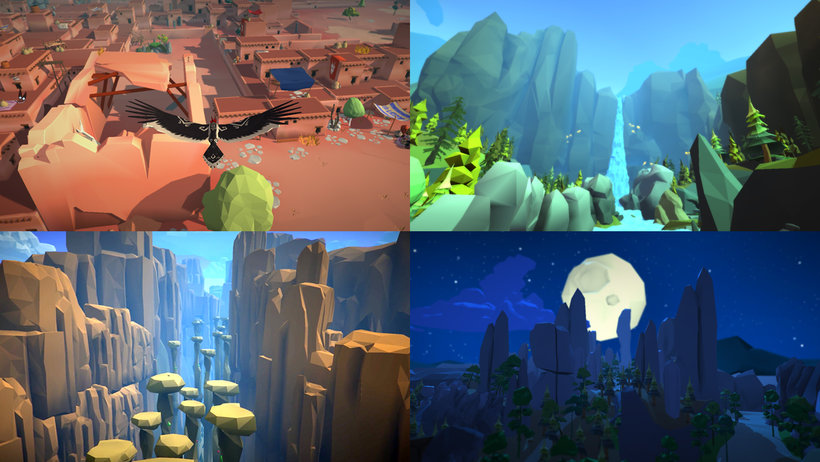 The first thing you will do is meet Daniel, his work in the video game industry and also, his main sources of inspiration and influences for his work.

After a brief introduction to the software you will work with, you will learn the first steps to create a low poly scenario starting with its design. You will know the work process of Daniel, who will also give you some tips, such as the use of templates, so that your models are easier to create and replicate.

You will see the essential tools to start modeling in Blender and will explain how to use the main tools and shortcuts of the program, which will be necessary to model all the elements of your scenario.

Later, you will learn the process of texturing and creation of UV maps, without forgetting the ambient occlusion, one of the secret ingredients to give color to your stage.

During the process you will export your models to Unity to assemble your stage, integrating them into a specific space and assigning materials and textures to each of them. Then, you will see how the camera works in this software and you will learn to modify its values to achieve the effect you want.

Finally, with Daniel's hand, you will add some final details that will complement the atmosphere and some extra effects, which will fill your stage low poly .

You will learn to model, texturize and compose a 3D stage with style low poly in Blender and Unity.

To designers, artists, programmers, independent developers or anyone who is interested in getting started in 3D modeling and the world of video games. And above all, to those who have already taken the Modeling characters low poly for video games .

It is not essential to have previous knowledge of 3D modeling or handling of Blender, since Daniel will explain step by step all the tools.

With regard to materials, you will need a computer on which you must have Blender and Unity installed.

Daniel Gutiérrez has a degree in Graphic Design, a native of Mexico. At age 22 he began a search for something different and participated in the creation of a small game company indies called Lienzo. From there, his life turned 180 degrees and currently works as an art director, making games for different platforms and major consoles around the world.