Learn to model, texture and render scenes for cinema and advertising

Learn to model, texture and render scenes for cinema and advertising

Javier León - Leonstudio's creative director - works regularly doing 3D infographics for film and advertising for clients such as Coca-Cola, Sprite, Netflix, McDonald's or Nickelodeon. And his style is characterized by having a very detailed cartoon look in which he takes care of even the smallest detail.

In this course you will learn how to create CGI miniatures for cinema and advertising. You will discover the secrets to create 3D scenarios as if they were small scale models, observing your surroundings (materials, use and wear of objects) so that your designs are as realistic as possible. Javier will give you the guidelines so that you can model, texturize and render your scenes with any 3D design software. 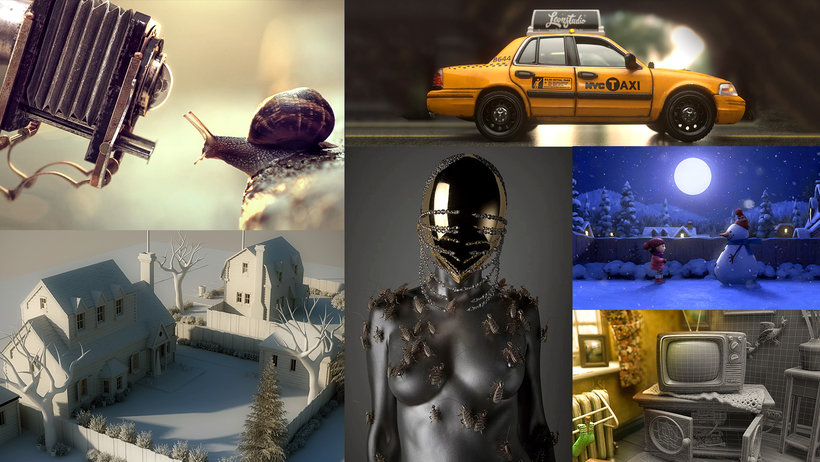 You will begin knowing the work of Javier, who will talk to you about how he started in the creative world and will show you what his influences are.

You will discover the importance of observing objects and environments in real life in order to replicate them in the world of animation and you will also study the sets of other films.

Javier will guide you through the modeling process, UV mapping (texturing in the traditional way and with Substance Painter) and lighting your stage.

To finish, you will render your set and make the necessary color corrections.

You will create a scene, with all the details, that will serve as a set to set a movie or an advertisement.

To designers, animators, modelers and anyone interested in learning to create CGI scenarios in miniature.

You must have basic knowledge of 3D: modeling, UV mapping and texturing.

With respect to materials, you will need a computer with a 3D design program, Adobe Photoshop and Substance Painter.

The start of Javier León in the world of infographics and 3D was in the research department of the University of Cádiz (Spain), dedicated to producing multimedia content for the Naval and Aeronautical sector. Shortly after, he became part of Pyro Studios, doing Commandos 2 .

Later, he moved to England to start his professional career in the world of video games. He worked with the creative team of Tomb Raider and Lara Croft on a new business project and a new videogame: Galleon ; later he also did it with Team 17 and his sagas Worms and Alien Breed . There he made contact with Sega and Aardman Animations and started working as a freelancer, doing small part-time jobs, logos and video game covers, until he joined the Furia Digital team in Barcelona.

Later he worked for Molinare in Barcelona and Madrid, in various advertisements and films such as Camino ; and later he became part of the digital effects team of Agora, in el Ranchito. Then he moved to the United States to take the artistic direction and 3D supervision of several American and international companies such as Hornet Inc, Laika, Nathan Love, Aardman, Meindbender, XYZ Studios, Elastic ...

At the same time, he set up Vando Studio, where he works for two years and the European division of Bent Image Lab.

He is currently working at Leonstudio, of which he is a founder, and is responsible, among other projects, for developing the photogrammetry department - an innovative system in Spain and virtual reality projects with which he won the first prize in the international virtual reality contest with Oculus-.

Among its clients we can highlight Coca-Cola, BBC, McDonald's, Rockstar, Hasbro and Ikea, among many others.