In this online course, award-winning designer and illustrator Laura Varsky, who specializes in patterns and cultural projects, teaches you how to make your own repeating pattern—or rapport—using manual and digital techniques.

Under her expert guidance, create a collection of vector patterns that you can apply to different products and surfaces. Learn how to craft a design based on a concept and bring it to life with the perfect color palette. Laura also explains the best way to sell your work using mock-ups and gives you some tips to help you better understand the market. 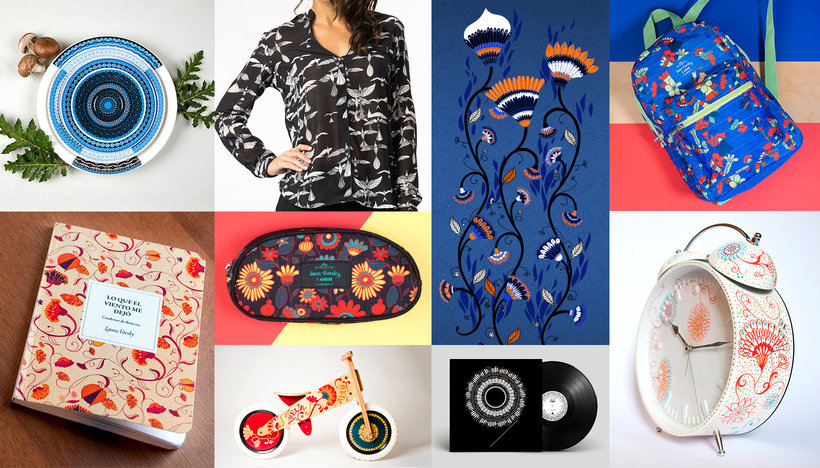 Get to know Laura Varsky as she tells you about herself and how she got started in the world of design and illustration. Discover who her influences are and how she developed her own style.

Continue by learning what a rapport is—the most basic repeated element of a pattern—and how to create your own. Come up with a concept for your design and draw it on paper before digitizing it in Illustrator to make your pattern.

Once it's finished, discover the secrets to presenting your work like a professional. See how to create your own mockups and physical catalogs to display your designs for potential clients.

To round out the course, Laura teaches you essential concepts for selling your patterns, from copyrights to contracts and how to successfully navigate the market.

Create a system of digital patterns and a set of professional mock-ups to present to potential clients.

Illustrators, graphic, textile, and fashion designers, and anyone interested in repeating patterns and designs.

A working knowledge of Adobe Photoshop and Illustrator is recommended for this course.

In terms of materials, you need paper, a pencil, a ruler, a marker, tape, a cutting surface, a utility knife, and a computer. 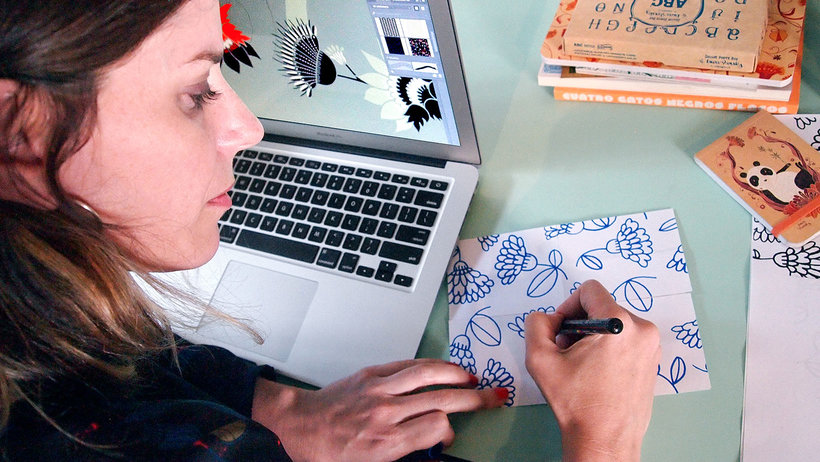 Laura Varsky studied graphic design at the University of Buenos Aires, but her interest in creating graphic languages and finding her own have led her into the world of illustration, where she has excelled professionally.

She has collaborated on a wide range of artistic and commercial projects, specializing in album cover and book designs. In 2006, she won the Latin Grammy Award for art director, which she was also nominated for in 2014 and 2015. She has also worked in the merchandising field for both local and international brands.

Laura has more than ten years of experience teaching typography at the University of Buenos Aires and has co-created two font families based on her lettering work: Lady René and Lady Dodó (published by Sudtipos).

She is the author and co-author of several picturebooks and her art has been included in the permanent design collection at the Buenos Aires Museum of Modern Art. She currently hosts conferences and workshops in multiple countries.

Adobe Photoshop for Illustration: Master the Software from Scratch

A course by Brenda Bossato