♫ Music "Just Like Them" by Alpaca Sports - Elefant Records | iTunes

Carla González, advertising writer specializing in Branded Content who has worked for brands such as IKEA, BMW, Vueling, Banco Sabadell or Casio, will teach you how to find the tone of your personal brand.

Through real examples, you will analyze the personality of renowned brands and discover how important is the way in which they communicate, not only to reach the public, but also to build a solid and coherent branding. All these teachings will help you to give voice to your personal brand and limit your verbal universe.

You will begin knowing better the trajectory and the influences of Carla González.

Then you will perform an analysis exercise before getting to write learning to discover what is the tone of a brand and how to create it from scratch.

Next, Carla will talk about the briefing that will serve as the final project of the course, a series of advertising posters that compile phrases or slogans that go with you and reflect your personality.

In addition, during this process, you will see some tricks to learn to write coherently and make your texts shine, you will discover how to play with the length of sentences, the repetition of words, etc.

Finally, as a bonustrack, Carla will challenge you to write your own about or biography that best describes you, a text that usually costs to write to any copy. 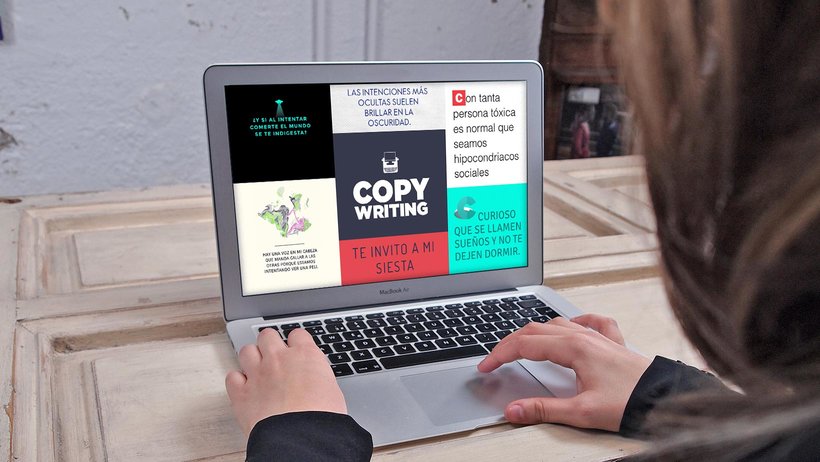 You will create your own series of advertising posters of your personal brand and you will write a dreaded "about" that summarizes who you are and your biography. "Nobody better than oneself to know you and know what you want to convey, both through what you say and how you say it" , says Carla.

To those people who need some tricks to lose the fear of words.

Computer and a lot of digital ink. 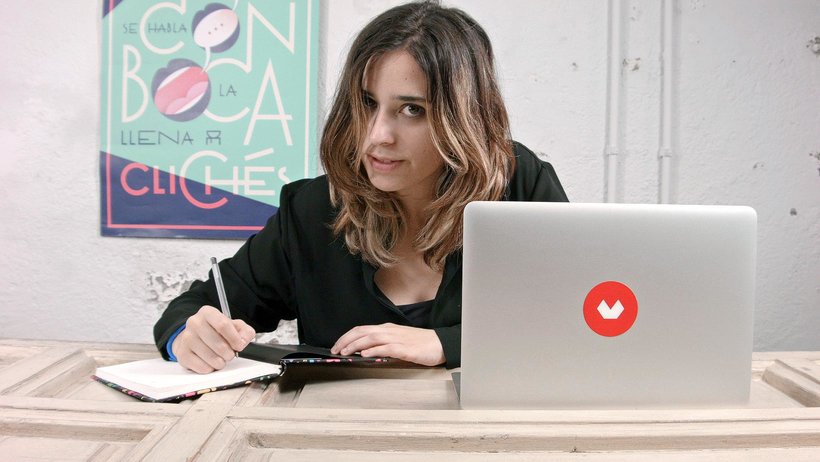 Carla González is a creative writer with hunger for knowledge, adventures and, above all, pizza.

He is currently working at BTOB, where he plans Branded Content campaigns and defines editorial lines for brands such as Fridays, Abanca, Babybel or Mixta. Previously, he worked for 5 years at Herraiz Soto & Co, an agency where he learned to use love as a fundamental creation tool, and put it into practice thanks to clients like Moritz, IKEA, BMW and Casio. He has also learned a lot in Kings of Mambo, MINNIM and Virtual Barcelona.

He studied Advertising at ICOMI, Creativity at Complot, Script at Humor and Entertainment Programs at Pompeu Fabra University and, also, Television Production at the New York Film Academy.

At the same time, she participates in other projects, such as the writing of articles for digital magazines, the creation of creative concepts for different agencies and design studios, the participation and collaboration in cinematographic productions or as a writing teacher at the Escuela de Creativos Complot.