Gabriel Meave - graphic designer, illustrator, typographer and calligrapher - will teach you how to design a monogram based on the key words of a graphic identity using calligraphy, lettering and typesetting techniques.

The letters not only form lines. They are powerful ingredients that can be mixed, rotated, interwoven and composed into unique identities. You will discover the secrets of monograms, the laws of symmetry and asymmetry of written signs, as well as the styles that will enrich your typographical choices. A course to go beyond the simple corporate identity and get the most out of the alphabet. 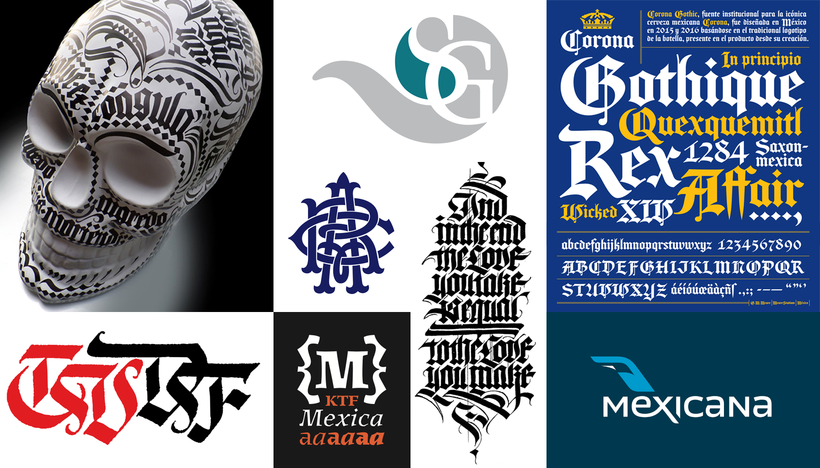 You will begin by getting to know Gabriel Meave's work, his publications and sketchbooks. You will also discover some of its influences and a brief introduction about what a monogram is, the role that letters play in a logo and the differences between typography and calligraphy.

Then Gabriel will talk about the key words of a graphic identity, its anatomy and the most important aspects of the composition, symmetry, layout and direction of the reading. Once you know the most technical aspects of a letter, you will learn how to put them into practice by sketching your first geometric monogram.

Then you will delve into the field of calligraphy and typography by looking at different styles of monograms based on Gothic, Italic, English calligraphy and paint brush lettering. In addition to the use of typographic languages such as serif, san serif and incisas. Gabriel Meave will guide you to define the volumetry, the profiling and filleting of the letters and add accessories such as envelopes or blazons to achieve a perfect finish.

When you have your monogram designed, you will learn to digitize and vectorize it until you get the final art.

You will design a monogram based on the key words of a graphic identity. 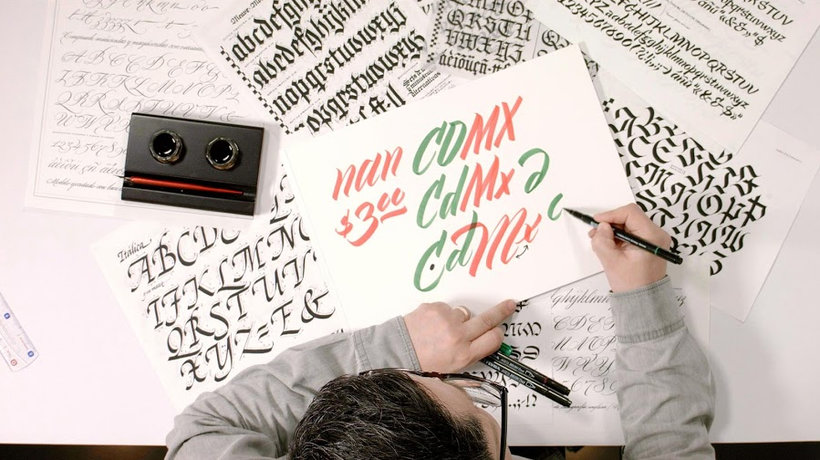 To designers, illustrators, calligraphers, typographers and lovers of creativity in general who want to enter the world of monograms, logos and emblems.

You will need paper and pencil, plus a computer with Illustrator and Photoshop and a scanner. 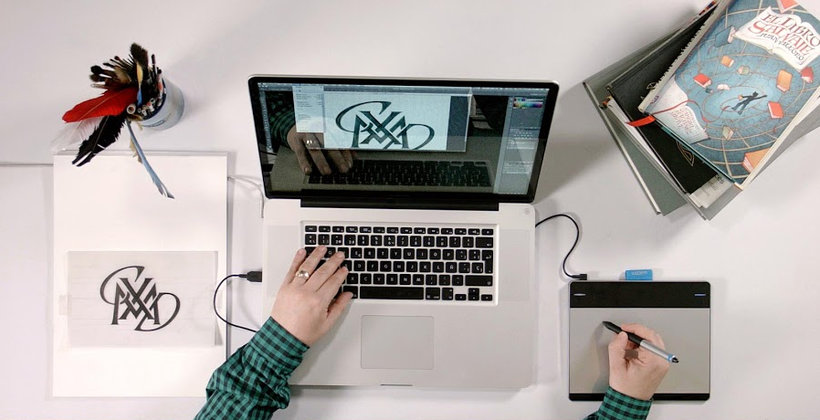 He has illustrated fiction, fantasy and fiction books for authors such as Gabriel García Márquez, Juan Villoro and Cornelia Funke. He has designed special fonts for companies such as Telcel, the financial newspaper El Economista, Jumex and El Palacio de Hierro stores, as well as the institutional source of the federal government of Mexico.

He has received five awards from the Type Directors Club of New York and three from the Asociation Typographique Internationale and several of his photographs have been selected for biennials Latino Types in 2006, 2008, 2010 and 2012.

His calligraphic and illustration work has been exhibited in various forums and spaces, including the individual exhibition "The hand that rocks the pen" in the Diego Rivera Mural Museum in the historic center of Mexico City. In addition, his work has been published in major international design magazines, such as Communication Arts, Novum, Ètapes, Typo and How. Phaidon Books, in its book Area_2, published in 2009, included Meave as one of the hundred most important emerging designers in the world today.