The way you film conditions and modifies the way you tell stories. The director of photography Yeray Perdomo - with a great career in productions for advertising, television and documentary films - is passionate about telling stories that few people know, and choosing how to do it from an audiovisual point of view. Recently Yeray has participated in the documentary Manolo Sanlúcar, the legacy, nominated in 8 categories of the Goya 2020 Awards.

In this course Yeray will start you in the filming techniques to get the most out of your recordings. It will also teach you how to use the DaVinci Resolve color editing and correction program, which will give your videos a professional finish. 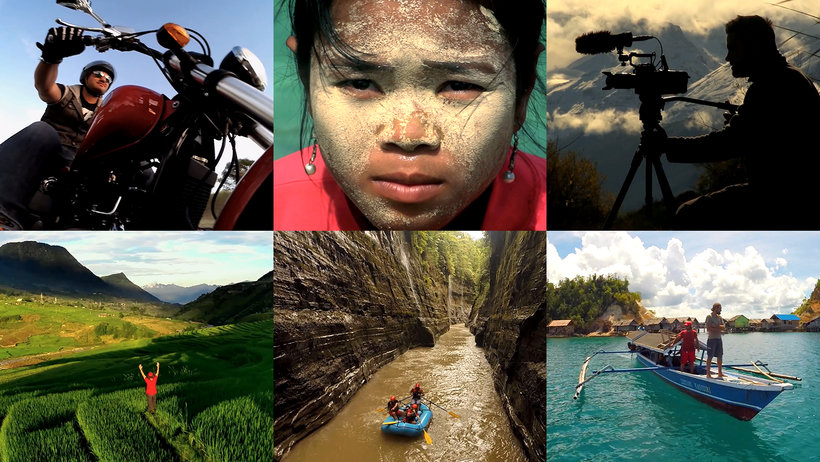 You will start by meeting Yeray, director of photography and documentary producer. He will explain about his career, his passion for drones and his work with aerial cameras for film, advertising and television. In addition, he will tell you about his influences.

You will start by looking at the materials and learning basic theoretical concepts of video, such as the quality of filming or the control of light in the camera.

You will see the types of optics that exist, their differences and the cuts suffered depending on the sensor of your camera, filters and focus.

You will be introduced to the different types of framing and planes. Then, you will see your options in terms of camera movements, or types of frames.

Yeray will talk to you about the types of image capture formats there are, seeing white balances, color curves or LUT; It will also give you a brief review of the different filming techniques such as slow motion , timelapse or hyperlapse .

You will enter the production part, deciding what, how, where and when you are going to shoot; seeing how to prepare the equipment and organize the material, as well as a brief list of plans. You will see the part you must face as a filmmaker.

Let's do it! The practical part arrived, where you will record plans indoors with the DSLR camera, you will learn how to do timelapse and hyperlapse , and you will see how different special techniques are done, such as the planes traveling .

Finally, you will make an introduction to postproduction with DaVinci Resolve. You will edit a small 1 minute clip, learning to work the color and then seeing how to export it to different formats.

You will make a music video of one minute, using the filming techniques learned during the course.

To all those interested in the world of video and filming, who want to know the different techniques and tools.

Too many materials are not necessary, as the practices can be done with a mobile, but it would be advisable to have a DSLR camera to film and a computer to install the free DaVinci Resolve program.

Yeray is a cinematographer, although he also produces and directs documentaries. He has filmed in more than fifty countries and has participated in productions for advertising, television and film, including Amazon and National Geographic.

Recently, he has participated in the documentary Manolo Sanlúcar, the legacy, nominated for eight nominations of the Goya 2020 Awards.