Learn the development process of a visual proposal for film productions

Learn the development process of a visual proposal for film productions

The visual development of all major film production begins with a concept art that defines the production, its characters and other details in a few frames .

In this course you will learn from the hand of Eduardo Peña-conceptual designer highlighted by his work in the Hobbit trilogy and Ready Player One, among many other films-the process of developing a piece of conceptual art in the same way that would be addressed in the art department of a large film production. 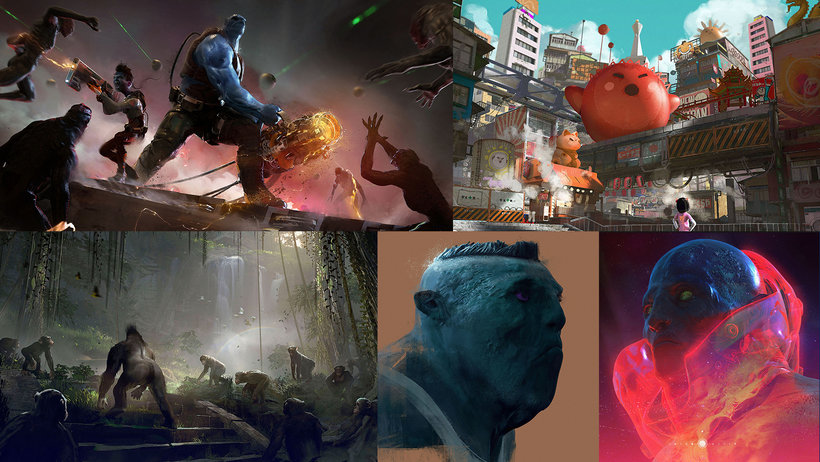 You will meet Eduardo, his formative and professional trajectory, culminating in his current work. In addition, you will know his influences in the world of cinema and comics.

In the pre-production phase of your conceptual piece you will know the work of the conceptual artist and the work prior to the design: pitch creation, compilation of references and construction of the idea.

You will have a brief introduction to the rendering software, Keyshot, to understand the different materials, lighting and camera positions.

You will start sketching the frames that you will choose to tell your story.

Once your images are developed, you will render them and intervene with digital painting, photography and 3D for an optimal result. Finally, you will organize the image package to present your final product to a potential client.

You will create between 4 and 5 artistic frames to visually describe a script that you will elaborate previously with Eduardo's guidelines.

To designers, illustrators and anyone interested in the concept art for the entertainment industry.

You will need notions of design and Adobe Photoshop or other image editing software, as well as knowledge of some 3D and rendering software.

Eduardo Peña is an art director and conceptual designer in the entertainment industry with experience in major film productions such as the Hobbit trilogy, Lucy, Ready Player One and Deadpool 2, among others, as well as having worked as a conceptual artist in the development of Disney theme parks.

Colombian by birth, but currently based in Singapore, Eduardo also serves as a teacher and director of the Entertainmen Design program at the One Academy in Malaysia.

A course by Tina Touli

Best seller
Introduction to After Effects