Express Illustration with Illustrator and Photoshop

With this course Óscar Lloréns will teach you the work process that you use when you receive an advertising assignment with very tight delivery times. learn to get the most out of Illustrator vectorizing and coloring your sketch and creating light and shadow games before erasing the outlines. You will also master the impressionable tools of Photoshop, like underexposure and overexposure that will allow you to give volume and depth to your illustration, as well as to polish the final image with focus and blur and, to finish, add textures and some noise to achieve the desired style. All these tricks will help you to assume any challenge express professionally.

WHAT IS THE COURSE PROJECT?

In this course you will create an Illustration for the advertising graphic of a beer brand from the sketch to the final art. Get ready to exploit all your creativity. 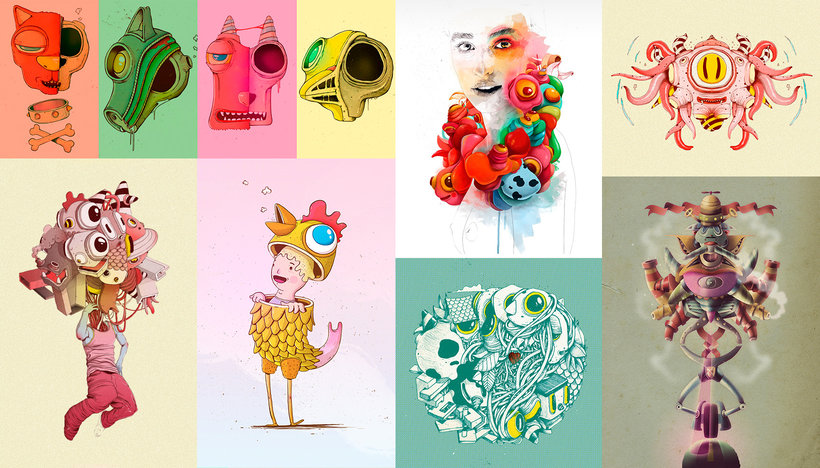 With this online express illustration course you will learn more about the work of Óscar Lloréns, an off-road illustrator who has worked for brands such as Coca-Cola, Vodafone, Movistar, Salvador Bachiller or Fiat and the influences that inspire

You will discover how to interpret an agency briefing, how to find good references for your initial sketch and make a composition with them that will serve as a starting point for your illustration.

After the previous work, it will be time to get down to work. Óscar will show you the best Illustrator tricks to vectorize the lines of the sketch, choose the range of colors, color the illustration and leave it ready to give the finishing touches in Photoshop.

To finish, you will learn simple techniques to give volume and depth, effects that will add noise to the image and provide texture to the final result, achieving a more realistic appearance.

And voila! In a moment you will have a perfect advertising illustration ready to add to your portfolio.

To illustration students or illustrators who want to work for advertising agencies with dizzying times. Also to those interested in editorial illustration or the design of murals.

Basic level of Illustrator and Photoshop plus certain skills for drawing and composition.

Regarding the materials that you will use, you will need pencil, paper and eraser. Also have Adobe Illustrator and Adobe Photoshop installed on your computer. Of course, access to the internet to look for visual references that help us to compose our sketch and finally, if you have a digitizing tablet, better than better, but it is not essential.

Óscar Lloréns is an illustrator and designer. He has worked for the best advertising agencies in Spain, the US, Canada, France and the United Kingdom. His illustrations have been protagonists of campaigns for important brands such as Coca-Cola, Fiat, Red Bull, Cirque du Soleil, Vodafone, Movistar, Cepsa, Schweppes, Orange, Repsol or Peugeot. Nothing can resist him!

He has a very personal and recognizable style of drawing, his works have been defined as "variegated, baroque and full of elements" , fruit of two main influences: the first, a trip to Japan where he discovered how thousands of perfectly ordered small pieces could form a fascinating and perfect whole. The second, the bulky migraines that have suffered for more than 15 years. His helplessness in the face of pain, became drawings of sensations, stacked characters, staterooms of the Marx Brothers of the most amusing.

Precisely his style is the main attraction that has made agencies around the world claim their services. To show a button: Saatchi & Saatchi Berlin, Young & Rubicam, TBWA, BBDO, The laboratory, Leo Burnet, Mrs. Rushmore, EuroRSCG, Counterpoint, Delvico, JWT ... almost nothing.

Express Illustration with Illustrator and Photoshop

A course by Brad Woodard

A course by Tina Touli