For many, a film begins in the first scene but for others it starts in the credits, where the theme and the tone of the piece can be glimpsed to sow expectation in the audience, something to which José Luis Coyotl, graphic designer and director of art, he dedicates his professional life with details as functional and powerful as typography, working for studios such as Warner Brothers, Walt Disney, ESPN, Universal, among others.

In this course you will learn the creative process to create credit titles in film, television and video projects. 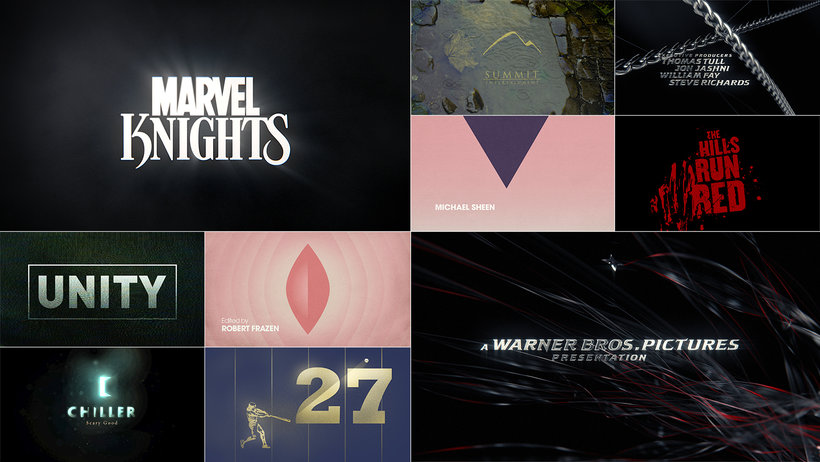 You will begin by getting to know the work of José Luis Coyotl, his personal history, his passion for design and typography and his main influences.

Next, you will learn the most important technical and narrative concepts for the creation of credit titles, such as the script, time, structure, motion design, formats and display ranges.

You will see the importance of the image in the design of credits as a generator of graphic language in audiovisual pieces, typography and how it can be applied in sequences for film and television.

Afterwards, you will choose a movie to work on your own credit titles, José Luis will choose Alfred Hitchcock's "Psycho", but you can choose the one you like the most. You will analyze its theme, narrative elements and technical aspects.

José will show you his process to define a concept and create a moodboard, to then develop compositions in a set of styleframes, which will allow you to visualize the final sequence and the elements that comprise it: the color, the setting, the type of shots and the Graphic treatment of the elements.

Once the concept is closed, in the production stage, you will learn about José Luis' process to develop it and, subsequently, you will see how to bring all this to a final motion test.

You will design the sequence of credits of an iconic film; the teacher will perform the "Pshycho" by Alfred Hitchcock but you can choose the one you want.

To designers, animators of motion graphics and to all those people interested in the creation of credits for film and television.

To complete the course, you will need basic knowledge of typography, design and animation, and intermediate Adobe Photoshop, Illustrator and After Effects.

On the materials, you will need a computer with Adobe Illustrator, Photoshop and After Effects installed.

José Luis Cóyotl is a Graphic Designer from the Benemérita Universidad Autónoma de Puebla (BUAP), Mexico. He has worked in design studios Prologue Films , with Kyle Cooper, in Los Angeles, California and in Hula + Hula and La Fe Ciega , in Mexico City.

He has devoted a large part of his professional life to teaching, as a design professor in different universities. Currently, he works independently as a designer and art director, mainly developing projects in Mexico and the United States.

He has been designing for print media, such as books and magazines, for more than 18 years; branding, motion design, illustration and design of typographic fonts, as well as custom type. He has also given conferences and workshops in Mexico and South America.

A course by Erich Gordon