In this course Bauertypes, with more than 100 years of experience in typography, distribution and advice, will teach you how to select and implement a typeface for a brand.

You will learn from Bauertypes, all the secrets to create a solid and consistent visual identity according to the needs of the company and to communicate its values. You will also learn to define the technical criteria for its implementation and to know what type of license you need.

You will start discovering the broad trajectory of Bauertypes from the hand of Wolfgang Hartmann, president of the company, who will tell you about the evolution of the company from the distribution of lead types to the digital age.

Then Vivian Hartmann director of Bauertypes, will tell you how they have expanded their objectives to provide typographic advice and license management services.

Next, the designers Natalia Weber Antón (graphic designer and typographic consultant) and Laura Asensio (creative director and graphic designer) will explain basic concepts about typography and you will know in depth how is the process of designing a letter and how its screen optimization is solved .

You will discover the different typography formats, especially the Opentype, where you will discover and explain the wide range of possibilities that this possibilities that this format offers and that, sometimes, are so unknown. You will also acquire a global vision of the typographic market by reviewing the most important foundries and bookstores, knowing the value of typography and its types of licenses.

Later, through some real examples, you will understand the strength of typography in business communication, the different possibilities of corporate typography and how to solve problems through it.

Finally, you will know the criteria for choosing a corporate typography by looking at its communicative values, technical and quality aspects, and how to implement it for later use. 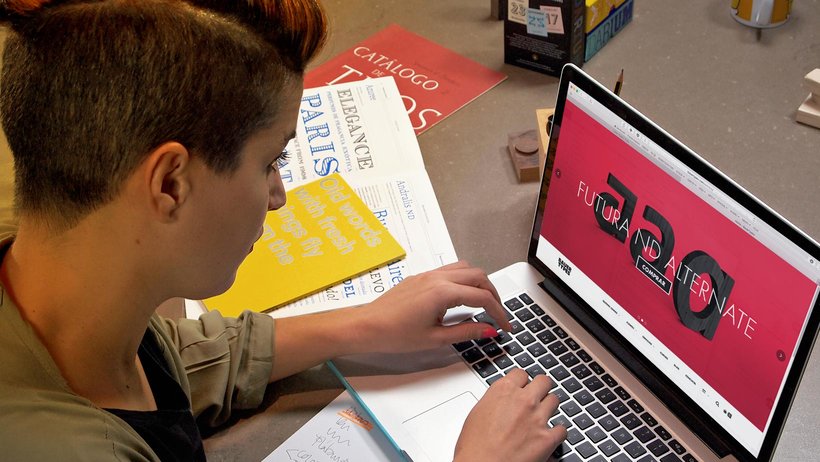 You will implement a corporate typography for a Music Festival. To do this, following a very specific briefing, you will have to design a logo and choose the corporate typographies (one for headlines and another for text blocks) based on the communication values and technical specifications requested. You will have to know how to choose, also, the appropriate licenses.

Then you will develop a stylistic set, that is, a set of pictograms for the Festival in order to be added later to your corporate typography.

To designers, illustrators and creatives in general who are lovers of branding and typography.

If you are a graphic designer and you are passionate about letters, you have the necessary requirements. Well, you will also need a computer with Illustrator and InDesign. 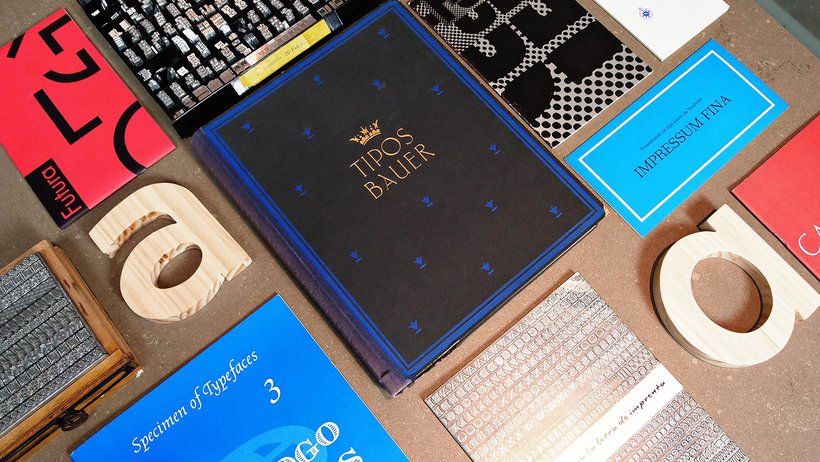 Natalia Weber Antón (Zurich, 1988) is a graphic designer and typographic consultant. The shapes of the letters fascinate him since he learned to write his name. He lived in Switzerland until he was 19 years old, when he moved to Spain (where his mother was born) to study Graphic Design and discovered his passion for editorial design.

He learned to take advantage of his concerns in his first professional experiences where he put into practice his knowledge in the execution of a newspaper and other editorial projects.

His fascination with the letters led him in 2014 to take the Master in Advanced Typography of Eina, crowning the year with a scholarship that allowed him to attend the ATypI in Barcelona. That same year he had the opportunity to design an alphabet for the facade of the Sagrada Familia in Barcelona when he worked for Enric Jardí.

Then, a new typographic stage began working for Bauertypes being immersed in the world of letters in a deeper way, always understanding the typography from the perspective of the figure of the graphic designer, his vocational profession.

Laura Asensio (Valladolid, 1982) is a creative director and graphic designer.

He studied Advertising Graphics in Salamanca and, independently, many courses and monographs by the great professionals of lettering, design and illustration.

In the last ten years he has worked for different studios and agencies in projects of corporate image creation, graphic communication and editorial design, combining strategy and artistic sensitivity.

This restless mind develops in 2006 the Melopasopipa brand, a world of characters created and made by herself that reflect her most fun and optimistic side. With this project he participates in various fairs and exhibitions, he even creates his own online store and works for brands such as Adidas Original or Vodafone.

A tireless freelance, he enjoys sharing his projects with other designers and complements his creativity by working hand in hand with other disciplines such as photography or decoration.

She is passionate about typography and has Bauertypes as one of her favorite clients for which she works in communication, strategy and network management.

A course by Bren Navarro

Creating your own typography