Creation and Integration of a Matte Painting

In this course, Sergio Rozas and Joaquín Gutiérrez (USER t38), will teach you how to create a realistic background and integrate it as if it were part of the plan of a television series or a fiction feature film.

Matte Painting is a visual effect that has been used a lot in the history of cinema. It is used to generate and increase the illusion of realism when it comes to something difficult or impossible to film.

You'll start getting to know User t38 better and the influences of Sergio and Joaquín.

Then you will discover how to create a Matte Painting with Photoshop. For this, the first thing you should do is analyze the angle of view of the shot with Chroma for which you have to create the background and the narrative objective with which it has been made. In this way you will know what kind of visual references to look for when selecting the different elements that will make up the scene.

Next you will create the first sketches of funds and you will discover how they behave.

When integrating the Matte Painting on the map, Sergio and Joaquín will give you the keys on how to clean a Chroma, the color and tips on how to add effects that were not filmed at the filming.

When you have achieved the definitive setting you were looking for, through adjustments and effects of lighting and general color retouching, you will achieve that there is no difference between the actual rolled image and the recreation of the background, in this way the retouching will go completely unnoticed in the scene in the that is integrated and the viewer will not notice this retouching.

The challenge will be to make and integrate a Matte Painting into a shot of the series "The Ministry of Time," a fictional television series whose plot revolves around time travel. 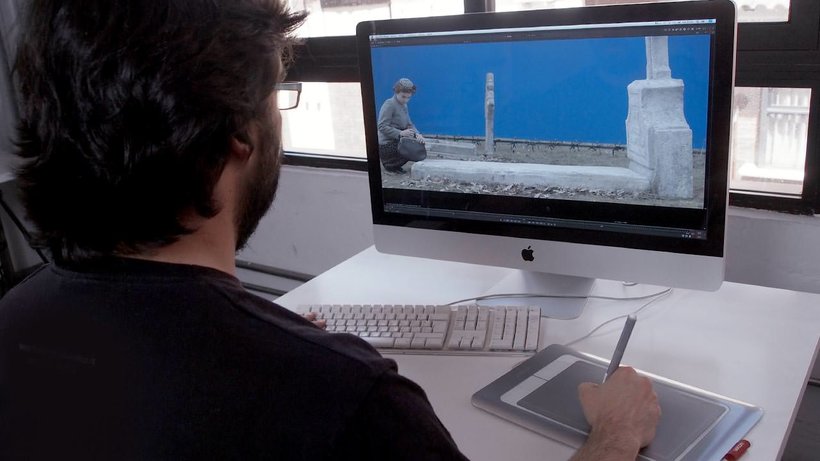 To Designers, Composers of images, lovers of cinema, photography and television who are interested in deepening in the world of Matte Painting.

This is an advanced level course. You will have to handle Photoshop at medium level, and also know the Nuke digital composition software, as well as Adobe Premiere. When working with materials in HD it will also be necessary to have a powerful computer to perform the rendering of images. 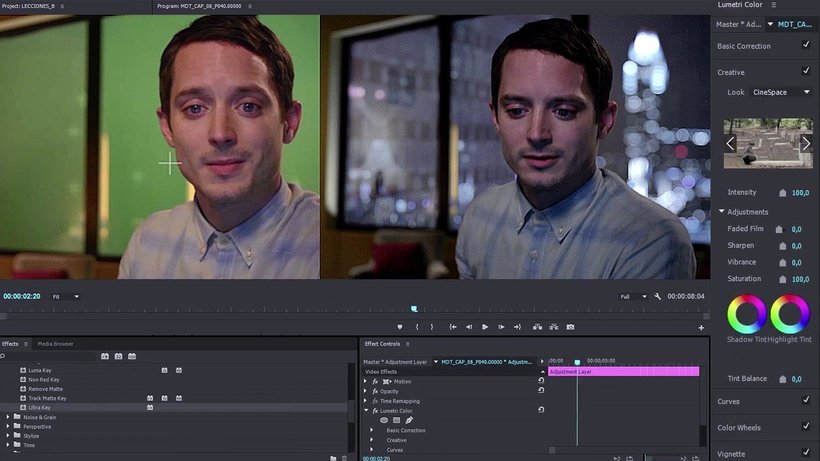 He has been working in the audiovisual world since 1995. In his career he has worked as decoration assistant, photographer, storyboard artist, graphic designer, propmaker, atrezzista, matte painter, 3D texture, graphic designer, poster designer, editor, director of photography and director. casual, among other things.

He has worked in more than 75 movies, TV series or commercials. Founding partner of User T38 (in 2001), a company from which he is consolidating his plans for world dominance.

He considers drawing as an obsession and travels whenever he can, especially to Japan. He detests potato omelette.

Composer of digital image for almost a decade, he combines his work in front of the computer with the supervision in shooting and, less and less, the assembly.

He began his career distributing short films and developing film production for film and advertising.

In 2008 he landed in USER T38 and since then he has participated in practically all of his postproduction projects.

Creation and Integration of a Matte Painting

A course by Carlos Jimenez Varela

A course by Eduardo Chatagnier

A course by Daniel Espla