Ever wanted to channel your inspiration from Japanese comics and series to create your own stunning manga characters? Join Argentine illustrator Andrea Jen, one of the champions of Hispanic manga, and learn how to do just that!

In this course, learn to create your own manga-style characters, from the initial concept to the main views and facial expressions, under the expert guidance of Andrea. 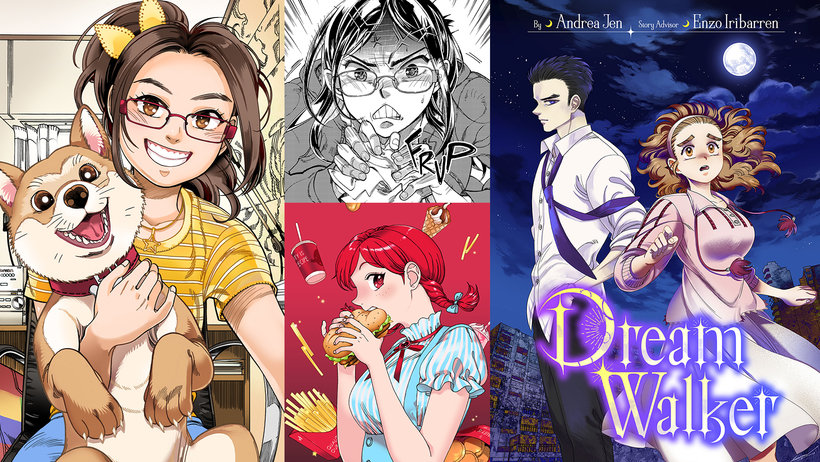 Meet Andrea Jen and hear about her first steps in the world of comics and her artistic influences. Then delve into the history of manga, how it originated, and why its characters are deeply significant in Japanese society.

Next, learn to recognize and draw the different female and male facial prototypes. See that emotions are everything for manga characters and, for that reason, learn to draw each of the basic expressions and their varying intensities.

Discover how to draw and distinguish the complete female and male anatomical prototype using the front, side, three-quarter, and back views. Next, learn how to make your characters move and act, illustrating some everyday situations.

Once you've got the previous concepts down, create your own manga character including its main views, emotions, and actions. Afterwards, clean up your work with a stylus or whatever tool you feel most comfortable working with.

Create the technical sheet of your own manga character with its main views, expressions, and personality traits.

All manga and anime lovers who want to create their own characters for comics, illustrated stories, or any other means of communication.

You need basic knowledge of drawing, a desire to learn, and lots of perseverance.

In terms of materials, you need paper, a pencil, an eraser, black stylographs, and a ruler.

Andrea Jen is an Argentine manga creator and illustrator born in 1987. From a very young age she was a fan of Japanese illustrations, which was her motivation to become a manga author.

In 2015, she published her first work, El Delirio de Ani, a 184-page manga, through the publishing house Ivrea Argentina. In 2016, she won the Silent Manga Audition contest with her comic Smiling Blossom and traveled to Fukushima, Japan to promote manga in the area.

Her manga, entitled Dream Walker, is a story about overcoming fears and emotional problems and is available online through the Silent Manga Audition website.

A course by Brad Woodard