Calligraphy for an Ex Libris

Learn the secrets of Chancery Calligraphy with a great maestro

Learn the secrets of Chancery Calligraphy with a great maestro

Ricardo Rousselot -Calgrafo, Typographer and Designer who has worked for brands such as Nike, La Casera, La Vanguardia, El Corte Ingles, Panrico, Nestle or Borges among others- will teach you the basic knowledge to enter the exciting world of Calligraphy.

By drawing the letter Cancilleresca, a Renaissance alphabet emerged at the beginning of the 15th century in the court of the Medicis that was later adopted by the Papal Chancery for the drafting of administrative documents, you will learn a little more about its history, the Ductus and the "Short cuts" or shortcuts necessary for optimal performance. 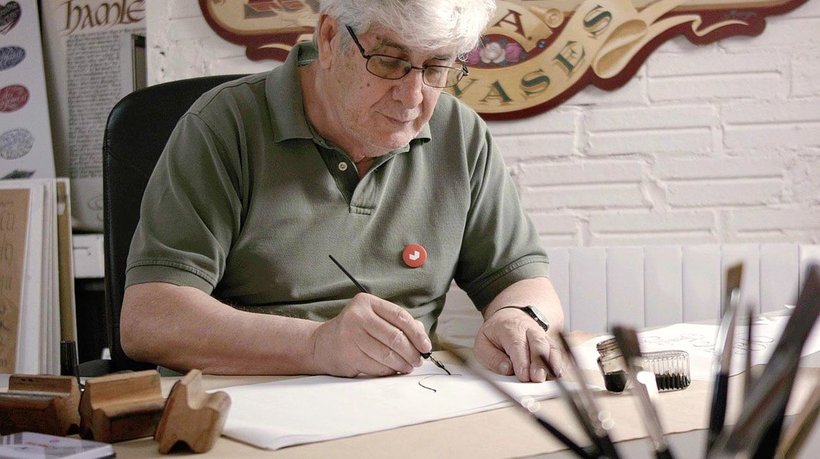 You will begin by knowing the trajectory and the works of Ricardo Rousselot and then delving into the authors, books and images that have most influenced him.

Below you will discover the history of the Chancellor's Office and the tools necessary for writing: pens, inks and paper.

Then, Ricardo will explain exhaustively the Ductus de la Cancilleresca, that is, the way, the direction, the sequence and the speed at which the strokes or traits that make up the letters are drawn.

When you are ready, you will touch to write. Following the indications of Rousselot you will learn to master the morphology of the letter, the interlinear and interletrado as well as the uppercase and lowercase.

At the end of the course, after doing numerous exercises, you will use the letter Chancellor to draw an EX LIBRIS or personal mark adding the ornamentation typical of the era, although rabidly modern today.

Once you have learned this beautiful and versatile handwriting, you will design an Ex Libris (stamp, label or stamp that used to be placed on the cover or cover of a book and that contains the name of the owner of the copy) or personal mark profusely decorated with pen strokes. 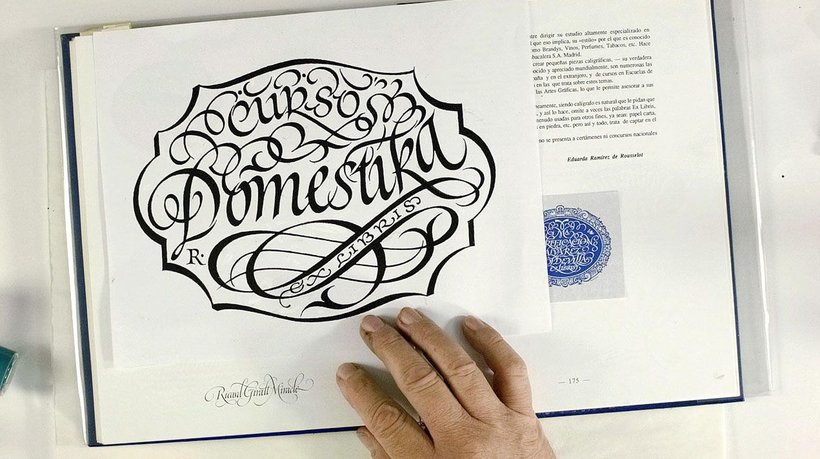 All people interested in Calligraphy, with curiosity and desire to create with their hands, are welcome!

No previous knowledge of Calligraphy is necessary. Regarding the necessary materials, there are not too many (wide pen, Nogalina ink and Kraft paper). In addition, you will have a list of addresses where to buy them. 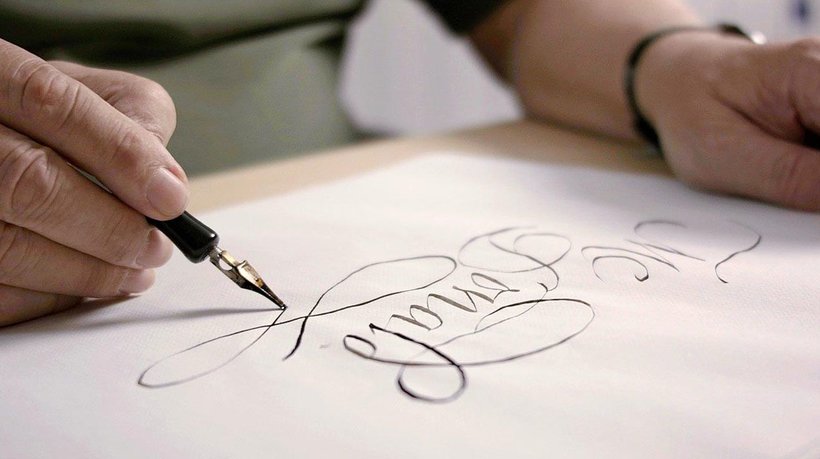 Ricardo Rousselot from a very young age had a vocation to draw letters. In 1957, in the study of Enrique Petersen of Buenos Aires, Rousselot ventures into the world of printing and typographic design.

In 1962, he moved to the city of Chicago, and went to work at the Ficho & Corley studio, working as a designer collaborating on publications such as Playboy Magazine, in numerous advertising campaigns for leading agencies such as JWThompson, Young & Rubicam and packaging lines for Libbys, Bordens Milk, Seven Up, RG Dunn Tobbaccos, Kleenex Tissues, Kraft Foods and Conqueror papers among others. During his stay in Chicago, in Europe, a lot of things were happening in the field of design, predominating the style of the School of Switzerland (Helvetica and Univers).

In 1975 he settled in Barcelona, for his Modernist career and established his own studio of Design, Corporate Image, and Packaging. Already in his own studio, making use of his knowledge of calligraphy and typography, designs "Premium" packaging: Tobacco, Perfumery and Spirits for companies such as Tabacalera, Tabacanarias, Tobacco from the Philippines, Domecq, Larios, Miquel and Costas & Miquel (Smoking), Perfumeries Dana, Elida Gibbs, Puig and Myrurgia, La Casera, Kass, Nutrexpa , and a long etc. They commission your designs.

Design the logotype of the newspaper LA VANGUARDIA of Barcelona. (In 2009 redesigns the current logo of this prestigious newspaper).

A Rousselot can be described as a scribe, calligrapher, designer, draftsman of letters ... whatever it is called, is ultimately a lover of the letter. She has devoted practically all her life to her designs, recently being very well collected in the work, jointly edited by the Museum of Il·lustració i la Modernitat of Valencia (MuVIM) and the publisher Campgràfic Calligraphy lives!

Calligraphy for an Ex Libris

A course by Bren Navarro