With the Domestika Annual subscription, you will get 20% off all paid courses, you will be able to access free courses each month, obtain certificates, and much more.

Every audiovisual project is born from a small idea, a moment of illumination that becomes an outline, which in turn shapes a script, and so on until it appears on a television channel or on an online platform such as Netflix.

Hernán Caffiero - Chilean filmmaker and screenwriter - knows this process perfectly, having written, directed, assembled and produced "A Necessary Story", a series of sixteen short films about the human rights violations during the Pinochet dictatorship that made him win an international Emmy in 2018 for the best short form series.

In this course, Hernán will share your process and tools to transform that great idea in your head into an attractive project for television or online platforms. 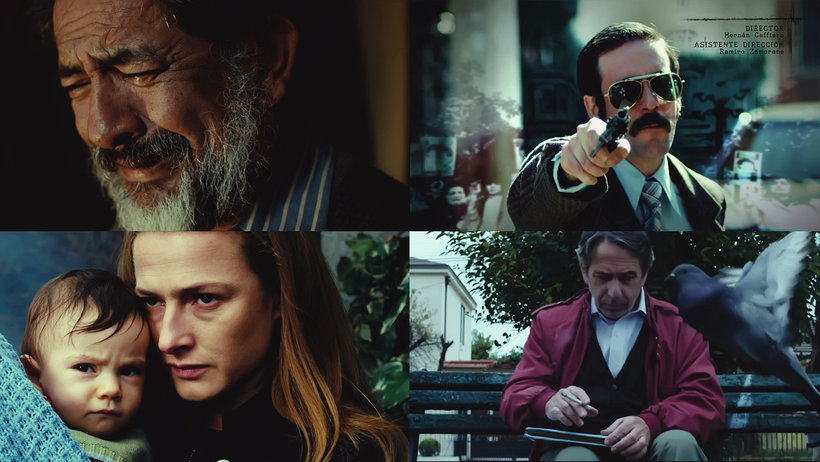 You will start by getting to know Hernán, who will give you a tour of his most outstanding projects, his academic training and his influences within the world of series.

You will learn to develop your idea from the research, understanding where you want to get with the project and which platforms can give the necessary push. You will review what the market currently offers.

You will solidify your idea by developing the initial writings that will give structure, and you will begin to shape your bible by establishing basic production requirements, depending on the window chosen to conceive the script for your pilot chapter.

What elements should the bible of your project have? Hernán will share a series of tips, using his "A necessary history" series, which will help you shape your story.

You will learn to write the argument and the escaleta of your idea, defining the necessary and relevant information that should appear. Hernán will help you write an organic work where the story makes sense.

You will create the script of the pilot chapter of your series, probably the main selling tool for your project, using as example the pilot of the Hernán series.

You will go deeper into the figure of showrunner , delving into the process of finding resources and channels to produce your series. You will learn to sell your project to the right partners or, failing that, to get the perfect partner to take on this role of executive producer.

In the end, it will be time to close your commercial bible. You will review each of the elements that compose it, adjusting what could have changed between the start of your work and the end. You will make a final tour of the elements of your series to generate a comprehensive and organic project.

You will create the bible of a fiction series project, from the development of the idea to the commercial projections that your project may have.

To all the fans of the television series who have a saved idea and do not know the steps they must follow to make it happen.

You must have a computer with some script software such as Celtx or Final Draft. You can develop your proposal as you want: with pencils, watercolor papers, Adobe Photoshop or a camera.

In short, you need to love fiction series and have an idea to develop.

Hernán Caffiero is a Chilean director, producer, scriptwriter and editor, creator of the Emmy winning series for the best short-form series, "A Necessary Story", which chronicles 16 cases of detainees, missing persons and human rights violations during the Augusto Pinochet's dictatorship in Chile.

Although his degree is that of publicist, Caffiero never exercised the career. His passion has always been to tell the truths that surround him without prejudice, for the construction of a better society.

He is currently also the executive director of Tridi, a specialist producer of stereoscopic 3D projects.