Spanish
Redeem the course with a gift code

Any audiovisual project goes through a series of phases before reaching a final product. These are preproduction, production and postproduction and, in this Domestika course, you will see how they apply in the creation of an animated short film.

From the hand of Dalmiro Buigues and Martín Dasnoy - founders of the animation studio Buda.tv - you will learn the process of creating an animated short film, from concept to final execution. In addition, you will know the techniques that have led them to work with brands such as Rappi, Nike and Fox, and you will apply these methods to the peculiar final project of this course: a collaborative short film in which all students participate simultaneously. 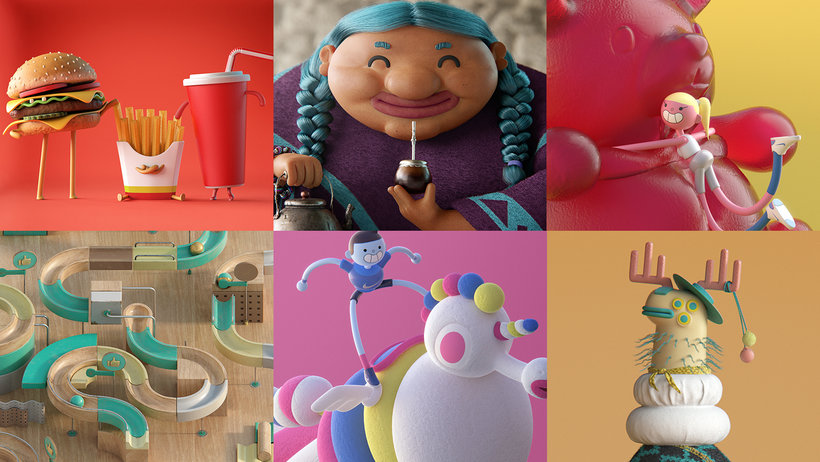 You will start by meeting Martín and Dalmiro, founders of Buda.tv, who will tell you about their career in the world of animation and their main influences.

Then, you will start with the preproduction of your short film, shaping your script and then converting it into a storyboard and later into an animatic .

You will define the aesthetics and the style of animation of your piece, and also, you will see the profiles you need to assemble your production team.

Once you have defined the path to follow and the needs, you will start the production of your short film, generating characters, colors and scenarios from scratch.

Finally, you will export your project using specifications that Martín and Dalmiro will provide you, in order to be part of the final collaborative project in which all students' videos will be put together.

You will create an animation short of between 5 and 15 seconds that will work as part of a collaborative short film among the students of the course.

To people who are starting in the world of animation and want to know the processes behind a short film.

The course is based and focuses on the processes. Therefore, you will need basic knowledge of the 2D or 3D animation software of your choice (it can be Maya, Cinema 4D, MAX, Blender, or any other one you use) and a computer with that software installed.

Martín Dasnoy and Dalmiro Buigues are the directors and founders of Buda.tv, an Argentine animation studio with prestigious clients such as Nike, Rappi and Fox. Their work is characterized by a fun and irreverent style with which they manage to express feelings through movement and design.

Its founders have worked on projects for brands such as Nike, Google MySpace, The Guardian, Adidas and Mtv.