Being able to recreate the sensation that a space transmits to you when you visit it for the first time is a constant objective of the photorealistic architectural video projects of the AMO 3D Visual studio -integrated by the architects Antonio Martínez and Jesús Sanz- who have extensive experience in the scope of the animated and also static infoarchitecture, as shown in its first course 3D architectural infographic

In this course you will learn, from the hand of Antonio and Jesús, the process of animation, rendering and assembly of a photorealistic 3D architectural video. 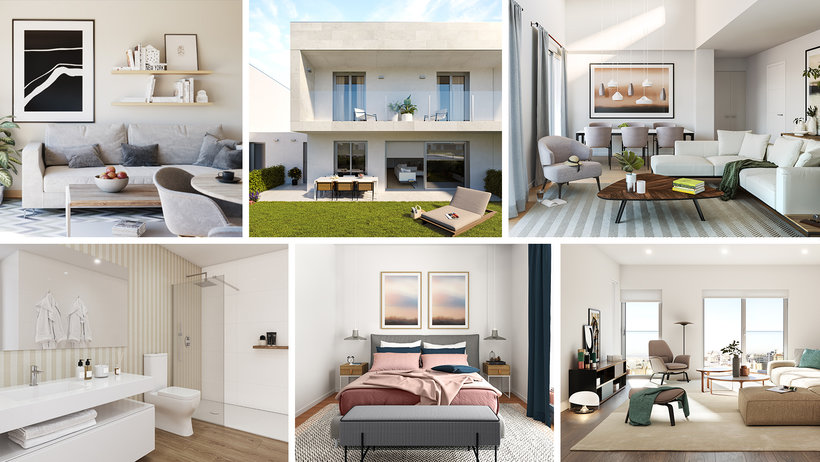 You will start by getting to know the studio, some of the projects of AMO 3D Visual and its influences and references, both from the world of 3D and other areas such as photography and cinema.

You will analyze other real and 3D videos to determine the movements and types of camera used. Then you will learn to find interesting angles and cameras, and to animate their journey.

You will learn to animate elements of your scene, such as curtains or lighting.

You will prepare a small storyboard with captures and / or renders of reference. This is the process that Antonio and Jesús follow to obtain the approval of their clients before carrying out a project.

At the time of production, you will learn to optimize your project before rendering it. You will learn some useful scripts for cleaning the scene and the optimal V-Ray settings to render your animation.

Finally, you will take your project to After Effects for postproduction, composing all the frames and passes to a single plane, giving it a more professional and attractive look, before exporting it to the desired video format.

You will create a photorealistic architectural 3D animation of a previously created interior.

Architects, interior designers and people with a good 3D base who want to take a step further in the creation of video.

You will need a computer with 3ds Max, V-Ray and Adobe After Effects installed. You should also have intermediate knowledge about these programs.

AMO 3D Visual is a specialized studio in 3D computer graphics from Zaragoza (Spain) with extensive experience in infoarchitecture, product visualization and the development of graphic solutions for real estate developments. Founded by Antonio Martínez and Jesús Sanz, his work is mainly characterized by photorealism and attention to detail, whether in static or animated images.