The Comic is Another Story

Learn to create a graphic story, from the idea to the final illustration

Learn to create a graphic story, from the idea to the final illustration

Want to become a visual storyteller? In this online course, award-winning comic book author and illustrator Paco Roca teaches you how to create a short comic from start to finish. Take an in-depth look at each step involved and discover your teacher's secrets to crafting an engaging story, from narrative devices to tricks and techniques for achieving the perfect balance between your text and illustrations.

Whether your favorite genre is humor, action, or even costumbrismo, Paco shows you his creative process and how to adapt it to your personal narrative style.

Paco Roca kicks off the course with a brief introduction to himself and the world of comics and storytelling.

Next, find an idea for your comic and broaden your understanding of the topic with some thorough research. Once you have all the background information you need, start outlining your story and characters in a script, learning to divide it into coherent parts.

Now it's time to transform your ideas into images. Paco guides you through making your initial sketches and how to use them to establish points of view, arrange scenes, set up character actions, etc. Then distribute all the information in the available panel space to ensure your comic is legible and flows well.

Lay down the first layer of your story in pencil, searching for the graphic style that best suits it, before inking and adding shading and color. Finish up your comic by inserting the text

Et voilà! You now have the skills to create your very own comics from cover to cover.

Make your own two-page comic with a self-contained story in the style of your teacher's publications in El País Semanal. Although the final project is two pages, you can use the principles and work process that Paco teaches you to create a longer comic or even a graphic novel. 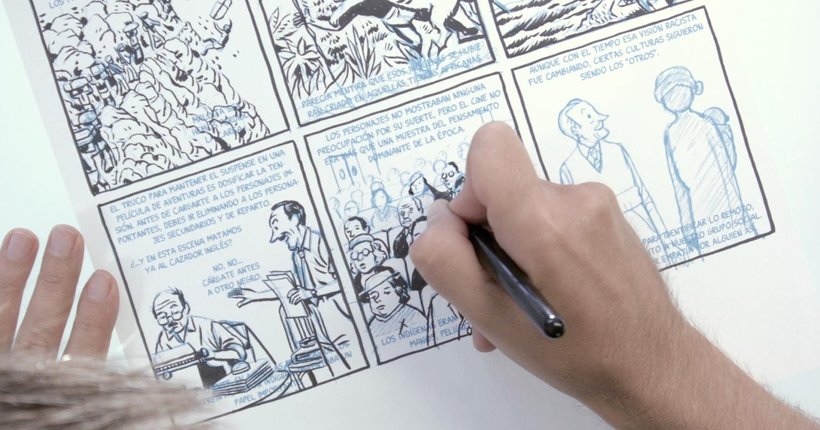 Anyone who likes drawing and wants to explore the creative freedom of telling stories through comics.

Basic drawing and writing skills are required for this course.

As for materials, you need paper, pencil, markers or brushes, a computer with Photoshop, and a printer. 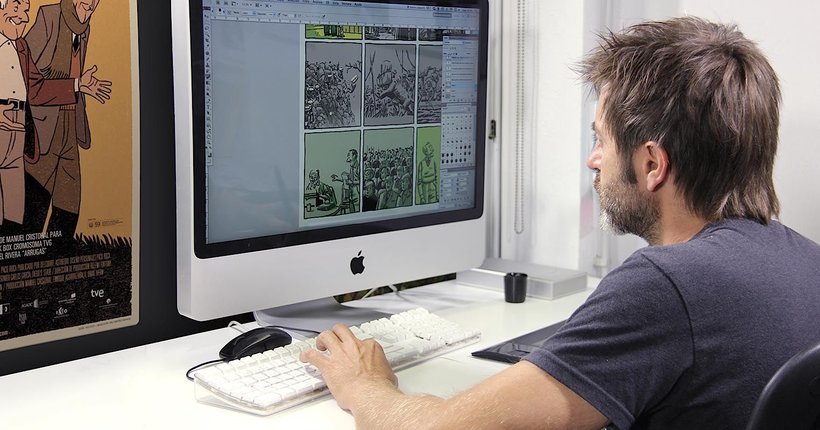 Paco Roca considers himself one of those fortunate people who has managed to make their childhood dream come true. He always wanted to make a living by drawing and currently works as a comic book author and illustrator. He has collaborated on a wide variety of illustration projects across many sectors, from advertising to press and publishing, and his work has been featured in the culture supplement Babelia and El País Semanal, as well as in Las Provincias, Corriere della Sera, and Süddeutsche Zeitung Magazin.

He has also worked in television and radio and collaborated as a screenwriter and character designer in the film adaptation of his graphic novel Arrugas, earning him a Goya Award for best adapted screenplay. In recent years, he's been traveling the globe participating in exhibits, teaching workshops, and giving talks about his work.

The Comic is Another Story