Advanced Techniques for Rigging and Deformation

Learn to dominate the squash and stretch technique and animation dynamics

Learn to dominate the squash and stretch technique and animation dynamics

You probably already know Jose Antonio Martín -character TD and rigger who has worked for studios like Framestore, MPC, Double Negative in films like Gravity , Terminator Genesis , Suicide Squad or Ghost in the shell - from other courses like Introduction to rigging for animation and Rigging and deformation of a character in which I explained how to create the control parameters to be able to move your animated characters.

In this course, it goes further, teaching you advanced techniques to improve the deformation and control of your characters and providing them with more complex functionalities so that the character or object you want to animate truly come alive. Jose Antonio will explain some of the most important principles of animation, such as the squash and stretch effect, which allows exaggerating the effects of action and emotion of a character obtaining more cartoon results; and the dynamics, which can be added to items such as clothes or hair, saving a lot of animation time. 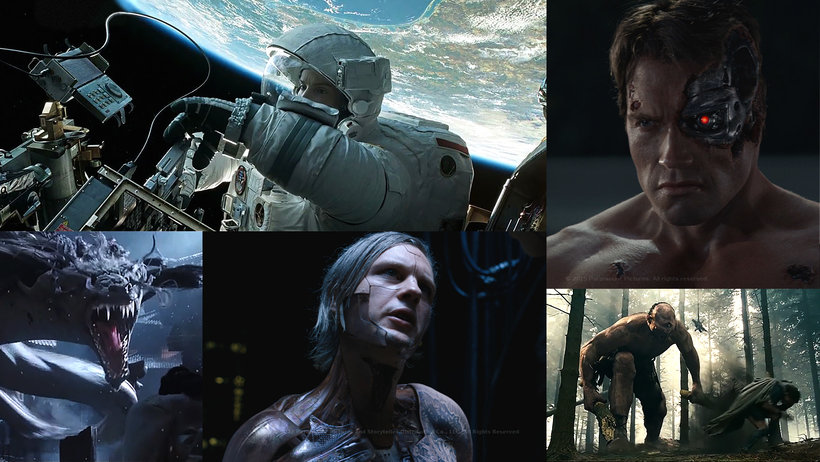 To start, Jose Antonio Martín will talk about his work and teach you his own version of the final project of the course so that you can appreciate the possibilities offered by rigging in the world of animation.

Then introduce the concept of squash and stretch, a tool that will allow you to accentuate the movements of your character to create effects like those that usually appear in cartoons. You will apply this effect to your character starting with the head, then the body, arms and legs.

You will discover and apply in your character, also, the dynamic curves, an essential effect to make more natural the movement of elements such as hair or some parts of clothing.

You will apply rigging effects, such as squash and stretch and dynamic curves, on a character for animation. If you have done the previous Jose Antonio Martin courses you can continue to animate the same character with more advanced effects.

A riggers, animators, designers, creators of characters and anyone who is looking to complete their training as a rigger.

This course is the continuation of Introduction to rigging for animation and Rigging and deformation of a character , taught by Jose Antonio Martín in Domestika, but although not you have done, you can also take advantage of it if you have previous knowledge of rigging and Maya.

With respect to the materials you will need a computer in which you will have to have installed the Autodesk Maya software.

TeacherPro
Lead Character TD and rigger
Follow
On Domestika since 01.11.2018

Almost a decade is the time that Jose Antonio Martín has worked as Lead Character TD. In this time he has professionally developed as Rigger / Character TD in companies such as Framestore or MPC, which has given him the opportunity to participate in blockbusters such as Gravity (winner of the Oscar for best VFX), Guardians of the Galaxy , Paddington , Edge of Tomorrow , Terminator Genisys , Suicide Squad, Independence Day: Resurgence or Ghost in the Shell .

Jose Antonio Martín teaches courses in Domestika Introduction to rigging for animation and Rigging and deformation of a character in which he explains the whole process of creating rigging of a human-looking character to use in animation productions.

Advanced Techniques for Rigging and Deformation