Build, arrange and edit a chilled, lo-fi beat that combines the key elements of musical composition

Build, arrange and edit a chilled, lo-fi beat that combines the key elements of musical composition

Music production is an opportunity to create compositions that accompany our lives and ease our minds. Charles Jacques, also know as JNTHN STEIN, is a musician and producer who specializes in composing lo-fi beats. He’s produced tracks that have been streamed millions of times on platforms like Spotify and Apple Music.

In this course, he teaches you how to build, arrange, and perform a lo-fi beat using Ableton Live and Push. Learn how to combine the essential components of music production to make meaningful art. Are you ready to tune in to your creativity and create music that moves and inspires? 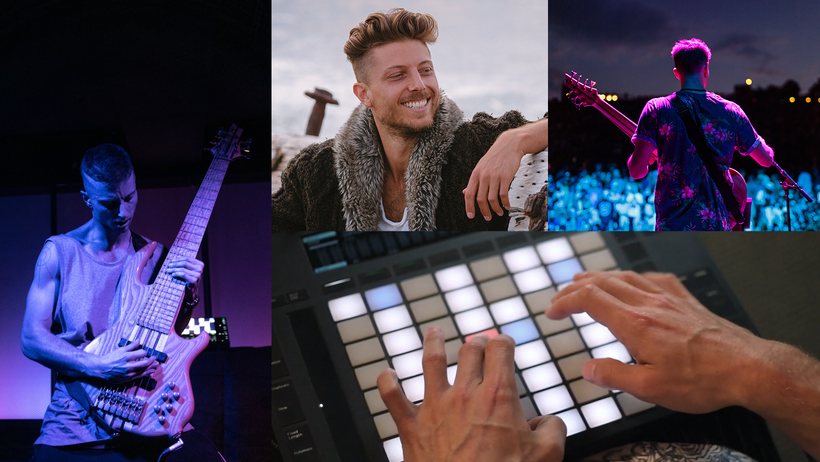 Begin by getting to know Charles Jaques, songwriter, recording artist, and producer. He talks through his journey to becoming a musician before sharing the influences which have inspired him throughout his career.

Delve into the history and evolution of lo-fi music. Charles then introduces you to Ableton Live and Ableton Push and their features. Discover easy-to-play chord shapes before experimenting with a drum rack and sequencing beats. Learn how to play and create ambient textures to add to your sound.

Track and record a chord progression using the major and minor chord shapes from earlier in the course. Then record a finger-drummed beat in Ableton Push and loop it alongside your chord progression. Lay down your bass before creating simple melodies with texture.

Use your composed beat and perform a live arrangement of it using Ableton Push. Begin by sequencing your beat. Then add effects to create a mood before playing and recording your beat live. To finish, Charles shows you how to upload your music to the internet and share it with the world on platforms like Spotify and Apple Music.

This course is for anyone with an interest in creating chilled, lo-fi beats or producing music using a fun, performative process.

Experience with Ableton Live and Push, music production, and music theory is needed.

You will also need a computer with Ableton Live 11 installed and an Ableton Push 2.

Charles Jacques, also known as JNTHN STEIN, is a Los Angeles-based musician from Oakland, California. Growing up, he was influenced by his artistic parents as well as the culturally diverse hip-hop scene he was surrounded by and has used music as a creative outlet since his teens.

Charles sees music as a lifestyle, not just a career, and, as a songwriter, recording artist, and producer, he’s released hundreds of songs on platforms such as Spotify, Apple Music, Soundcloud, and Bandcamp. His music has been streamed millions of times across the world and, alongside creating music of his own, Charles teaches others how to do the same.

A course by Luca Petricca

A course by Cristóbal Saavedra

Learn to produce, compose and interpret music with your computer using the best software of the music production industry

Voice-over and Presentation Techniques for Podcasts

A course by Isabella Saes

Intro to Podcast Creation: From Recording to Mixing

A course by Quentin Bresson

Discover all the steps involved in producing a podcast, from audio recording to editing, including mixing and sound design in Reaper