♫ Music "Tell Me No" by Speedmarket Avenue - Elefant Records in iTunes

In this course, Sonia Romero and Julio Carrasco, designers, artists and founders of Zoveck Estudio -a Mexican studio with more than 20 years of experience, distinguished by its aesthetic proposal and its originality, which has fallen in love with clients such as Warner Channel or MTV- , they will show you the possibilities that artisan techniques offer when it comes to expressing your ideas on paper.

Working with traditional techniques such as collage, collagraphy, transfer or manual printing, you will learn to enrich your designs and illustrations with materials of all kinds, creating unique visual pieces. 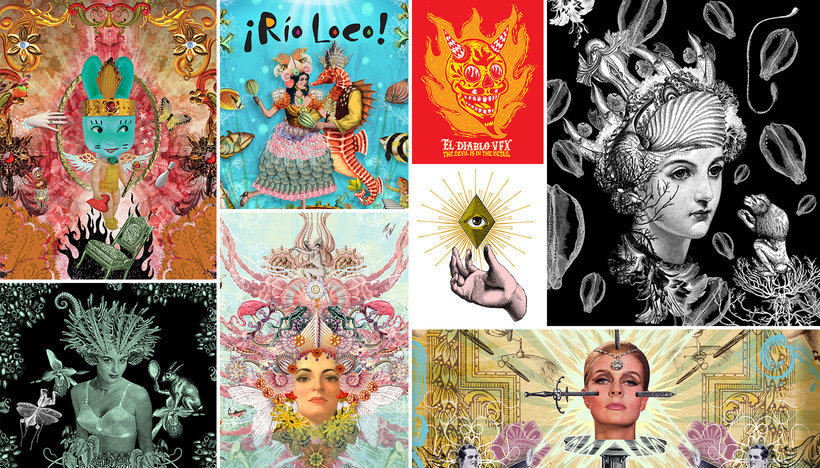 You will start knowing some tips and references that will help you to enter the world of artisanal graphics.

Next, you will discover where to obtain materials and different ways to create your works. You will learn to create a digital collage in Photoshop, which will serve as a starting point to experiment with different craft techniques.

Then, it will be time to get your hands dirty. You will learn two different techniques to transfer an image. You will enter fully into the world of 'collagraphy' (an engraving technique that allows you to create compositions with different elements to be subsequently inked and printed) and you will discover how to work with it.

Later, you will learn how to make a matrix for printing. Sonia will tell you what materials you need and will guide you in the process to create it. Also, you will see how to prepare the ink, create colors and print your work manually.

Once you have the printed work, Julio will give you all the details to take into account in the edition. These are unique works, so you should put special preparation: take care of it, sign it and generate a certificate of authenticity.

Applying the techniques learned during the course, you will create a unique and personal piece, inspired by one of your most recurring dreams, in which you will have total freedom to let your imagination fly. 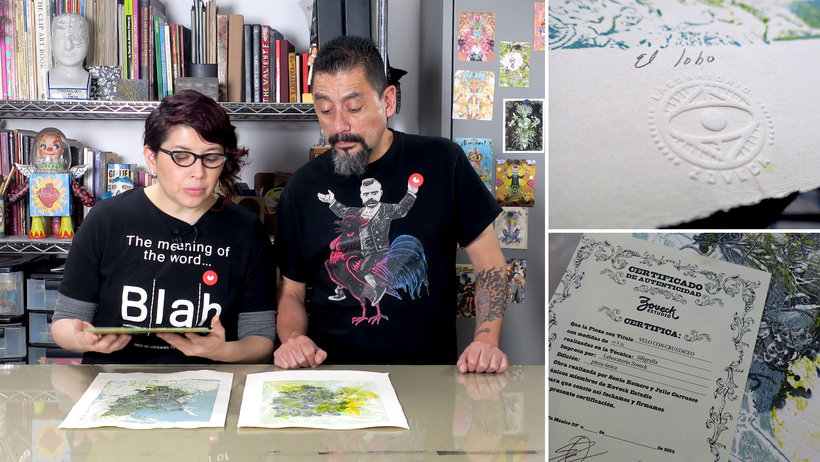 Basic knowledge of illustration and composition is necessary for this course.

When it comes to materials, you'll need a computer with Photoshop, a scanner or digital camera and all kinds of materials that you can easily find in your home or in specialized stores (inks, fabrics, papers, scissors, glue, brushes, shellac...). 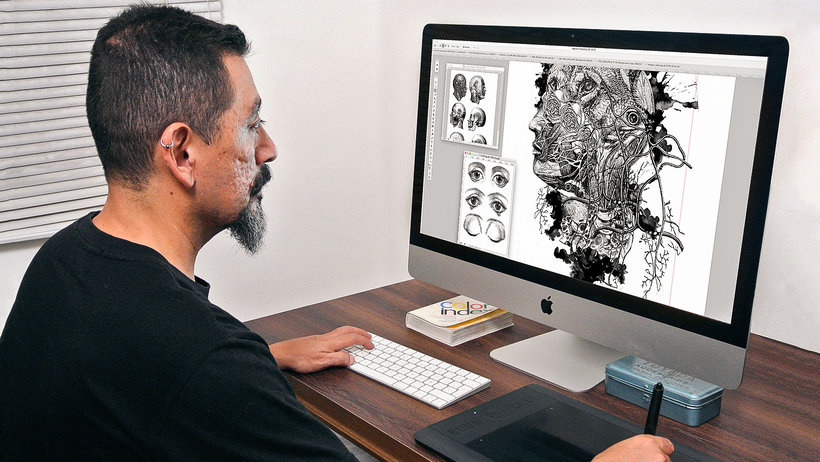 TeacherPro
Painter, engraver, illustrator and designer
Follow
On Domestika since 09.10.2014

The style of Zoveck Estudio is difficult to catalog, but easy to identify: contemporary Mexican, surrealist and, at the same time, universal and timeless.

For more than a decade, Sonia Romero and Julio Carrasco, both designers and visual artists, have been inspired by everyday objects, old images and popular culture to create surrealist works through collage.

His inspiration and the materials with which they work come from the most mundane and unexpected places, but his works have already attracted the attention of clients such as Warner Channel, MTV, Canal Mundo Fox Latin America, Central Films, Editorial Televisa, Editorial Alfaguara, Editorial SM , Rio Loco Festival France, Hola Mexico Film Festival USA / Australia, Historical Center Foundation, National Institute of Anthropology and History, among many others.