Brushes and Pixels: Introduction to Digital Painting in Photoshop

Learn to create illustrations with a pictorial appearance

Learn to create illustrations with a pictorial appearance

Patricio Betteo has been dedicated to the world of illustration for almost two decades. His work has appeared in various publishing media, such as children's books, magazines, graphic novels, comics and even in art for video games.

In this course you will learn to use digital painting tools to create illustrations with finishes very similar to those created with traditional techniques, changing the brushes for the pixels. Patricio will show you, step by step, his way of creating and his tricks to get pictorial effects. 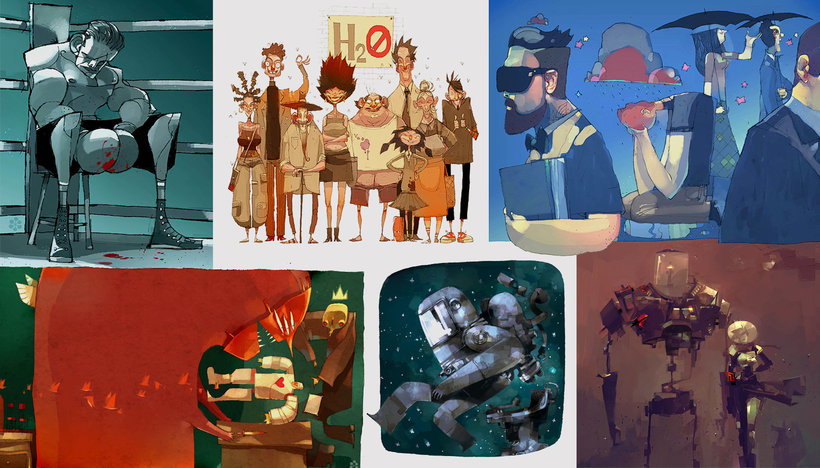 You will begin by knowing the method of work of Patricio Betteo and the tools that he usually uses to give shape to his illustrations and the shortcuts that help him to be more efficient in his work.

Your first approach to digital painting will be through pixel art, first in grayscale and, later, using different color ranges.

You will learn how to use the Photoshop brushes, you will know which ones are Patricio's favorites and you will create your own set of artistic brushes.

Then, you will start working in high resolution, starting with making a still life, where you will learn to work the lights and shadows.

Using photographic references, you will discover how to work with the chromatic circle, the analogous, complementary colors and the way to balance the tonal palette of your works.

Finally, you will do a realistic painting exercise, where you must display all your creativity when painting.

You will not develop a single project, but you will create several digital paintings. At the end of this course, you will be able to adapt the techniques learned in your own images and your graphic interests.

This course is aimed at artists, painters, cartoonists, illustrators or any type of graphic artist interested in exploring new pictorial techniques to incorporate them into their creations. 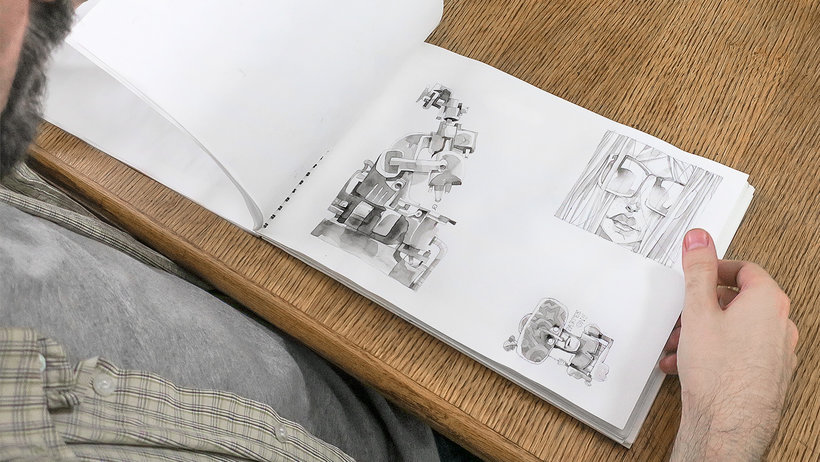 Basic knowledge of Photoshop is necessary. It is also advisable to have previous notions of painting, drawing and illustration. The more you know, the more you can enjoy the artistic aspects of the course.

With respect to the materials, you will need a computer with Photoshop installed and a graphic tablet. 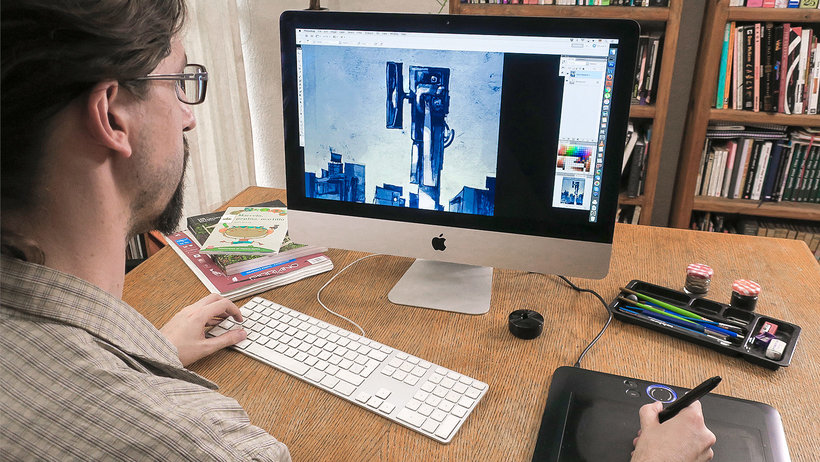 He studied graphic design at the National School of Plastic Arts of the UNAM. His illustrations have been published in different magazines such as Expansión, Rolling Stone and Nexos. In addition, he publishes comic strips and comic strips in QUO, Switch and Chilango.

He has put illustrations to Gris: Through the autumns , the graphic novel by Tony Sandoval, published in Switzerland and Mexico. His personal work includes Never Ever After , Mirador and the graphic novel Mundo Invisible (winner of the 2011 National Graphic Novel Competition of Editorial JUS) .

The collection Inc_mple_a collects an anthology of his short comics. Many of his comics can also be seen in various Mexican anthologies ( Sensational de chilangos , Pulpo Comics ) and in numerous collaborations with foreign publications.

He has illustrated about thirty children's books for publishers such as Fondo de Cultura Ecónómica, SM, Sexto Piso, Alfaguara and Almadía.

His dedication to drawing has also opened doors in the world of concept art for videogames ( Grimm , Dance Central ). And his experience with painting has led him to exhibit in Mexico City, Bucharest, Madrid and Paris. In 2009 he was a guest artist at the Technopolis Festival in Athens, Greece.

Brushes and Pixels: Introduction to Digital Painting in Photoshop