Learn to use effects for lighting, colour and texture to bring your illustrations to the next level

Learn to use effects for lighting, colour and texture to bring your illustrations to the next level

Rafahu - art director, illustrator and animator who has worked for brands such as Nike, Penguin Random House or José Cuervo, among others - will teach you advanced Illustrator techniques. You will learn to generate advanced brushes with Illustrator, design vector textures, exploit the 3D object and carry out light studies for your illustrations.

All with the objective to maximize the possibilities of the software and demonstrate that you can create amazing illustrations with simple vectors.

You will begin by getting to know Rafahu's work and artistic influences such as comics, horror literature or B-series films.

Next, you will discover the advanced tools of Illustrator such as brushes that emulate ink or engraving (and that can save you a lot of time when making a complex illustration) or how to combine brushes with the blend object.

You will create the first sketches of your mecha-kaiju (a fantastic creature half monster half robot) using 3D objects, brushes and blends.

Later you will learn to master lighting and color making good use of the gradient, generating custom textures and creating a fictitious lighting set to illuminate the scene.

At this point, it will be time to add volume, texture and special effects to your mecha-kaiju.

Finally, you will add some final details with Photoshop and you will have a terrifying mecha-kaiju ready to fight. 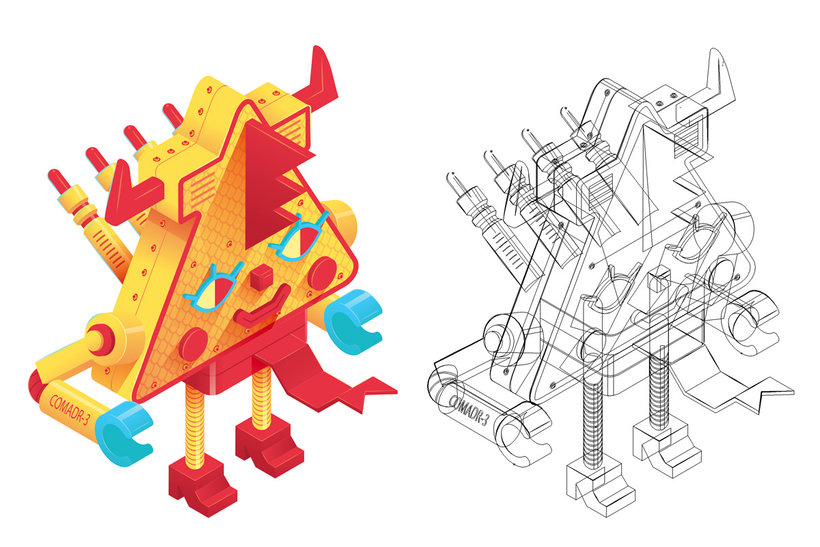 It will consist of designing a giant wick-kaiju, that is, a fantastic creature mixed between a monster and a robot used to fight. 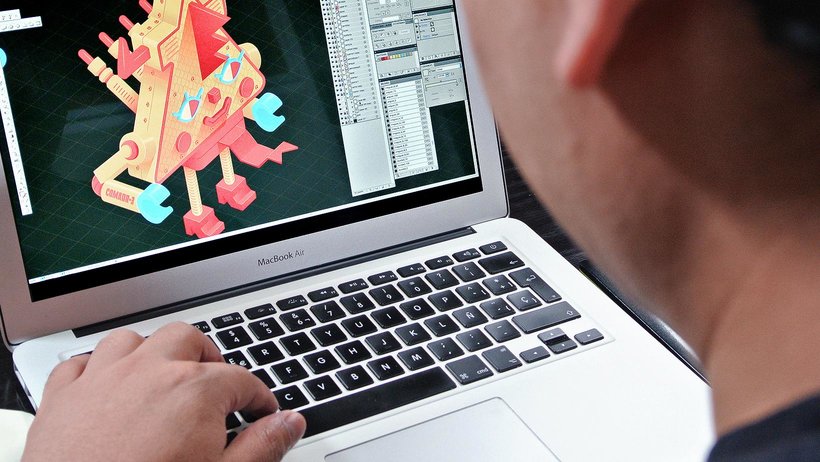 To designers, artists and illustrators who want to know the work process of Rafahu and deepen new techniques of professional illustration.

It is necessary to have previous knowledge of drawing, Illustrator and Photoshop intermediate level. 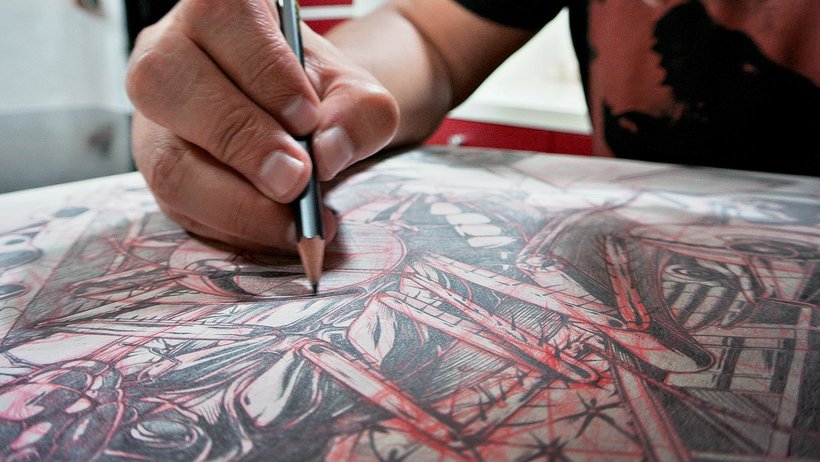 Rafahu is an art director, illustrator and animator based in Mexico. He has worked in internationally renowned agencies such as Grupo W, Element Studios or Leo Burnett for brands such as Rexona, Jose Cuervo, Random House or Nike, among others, obtaining international awards such as Cannes Lions, El Sol or The One Show.

In addition to his career as an art director, he lives his passion for illustration, developing personal projects. He also collaborates in publications such as Picnic, Quo or La Peste and makes exhibitions throughout Mexico such as Puro Machín, The end or 5 Devils in the city.

Although he likes digital illustration a lot, he does not detract from traditional techniques. Another of his great passions is animation, which he has combined with illustration for projects like Nodoodles and The psychotoons among others.

He has always considered himself a great geek and fan of anime, comics, horror literature, B movies and fantasy. "I think we should look for inspiration not only in design, but in everything that surrounds us, a Lovecraft horror story can be a great source of inspiration and paranoia" , he admits. He likes his illustrations tell a story. He likes to think that they are real worlds full of details and second readings.