The illustrator Óscar Giménez will teach you how to create unique and personalized portraits from photographs and multiple references. You will do it through digital illustration techniques and tools developed by Giménez himself throughout his career and that you can apply to any other type of project.

Start thinking about your favorite celebrity because you will learn to portray him like you have never imagined before.

This course is the perfect complement to "Illustration for music lovers" , the previous installment of the illustrator for Domestika, which explains how to illustrate a high-impact poster for a concert. 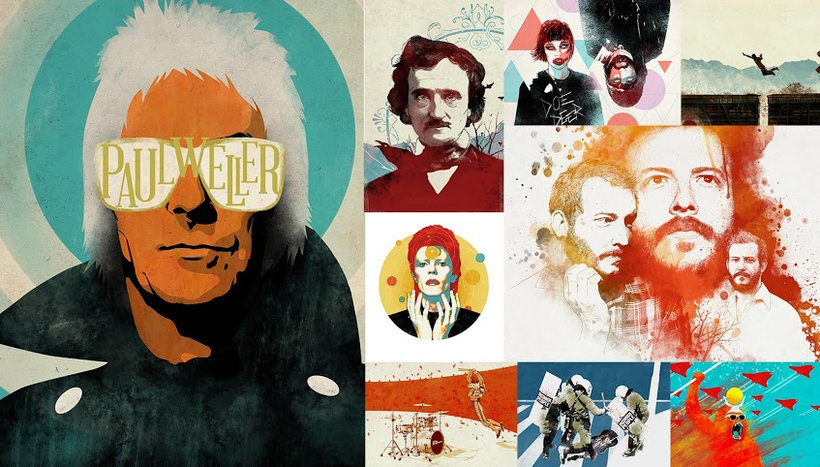 You will begin by getting to know the work and influences of Óscar Giménez - an illustrator who considers himself permanently dissatisfied although, after 13 years of profession, he no longer believes in perfectionism but in dedication.

Then you will learn basic concepts about composition, brushes, strokes, shading, color and retouching. All these resources you will practice first on your own self-portrait so that you can get free with the tools and then, once you have decided who is your favorite famous character that you want to illustrate in a unique way, you will start the documentation phase, search for images of reference and composition of the main portrait.

When you have your character fully defined with shadows and color, it will be time to add new elements to enrich your illustration, a background that gives the work its greatest personality and the last touches.

You will create a portrait of your favorite celebrity from information gathered about him and visual references. In this project, you will apply all the techniques learned in the course on composition, use of color and integration of the character in your particular universe.

To enthusiasts and professionals of illustration and design who are interested in learning new techniques and methodologies to apply both to the illustrated portrait and to any other project.

You will need to have previous knowledge of Photoshop, a computer and a graphics tablet. No need to know how to draw. 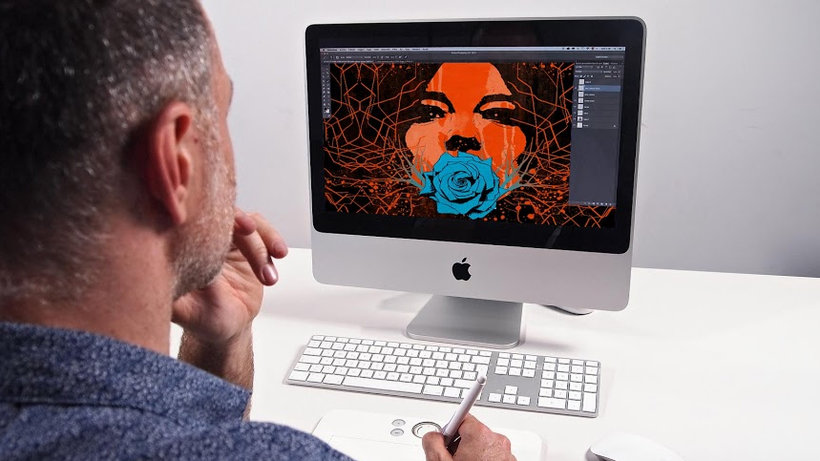 Oscar Giménez is a professional illustrator although he is also passionate about music and the world of graphics in general. He loves to experiment and try different resources, which makes each of his illustrations unique.

In recent years he has specialized in musical illustration thanks to a personal project of concert illustrations compiled in the book "Sold Out" . During this project, he developed a taste for illustrated portraits of groups and musicians that also led to other commissions to illustrate all kinds of characters.

His portraits are not portraits to use. They seek to capture the essence of the character and make a unique illustration that reflects their world.