Joluvian -designer and illustrator- is very good at making logos generated from handwritten texts. Play and experiment with calligraphy to generate a very expressive communication, create fonts that you can then apply to graphic projects (posters, t-shirts, logos ...)

In this course, Joluvian will teach you how to make a logo or lettering for multiple uses. As if it were a gastronomic recipe, it will show you the different ingredients and elaborations that make up an exquisite graphic piece. 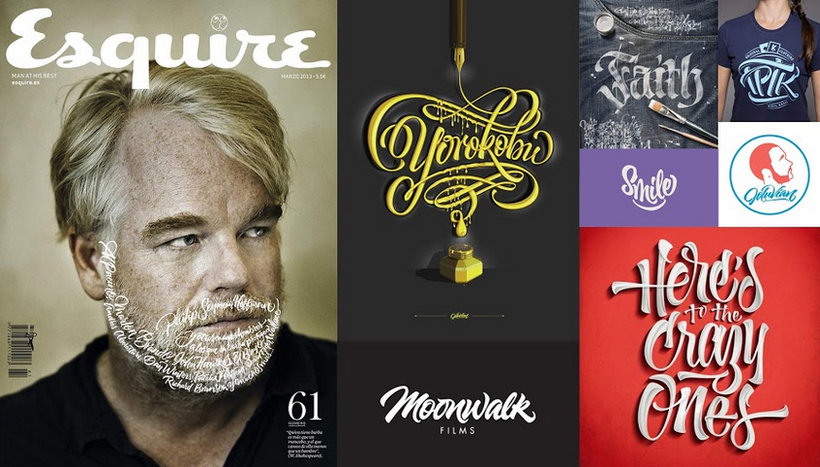 You will begin to learn more about Joluvian's career and work as a publicist, designer and illustrator.

Then, in the phase called "mise en place", you will discover the tools, basic concepts and cooking of a good logo expressive to taste.

Then, once you have the sketches of your calligraphic logo, you will discover the techniques of tracing with burned pencil and inking.

You will learn to make optical adjustments to your letters and to vectorize your project with Photoshop and Illustrator.

Finally, you will make the latest adjustments, size tests, negative and positive versions of your logo and apply your lettering project to other media such as t-shirts, album or magazine covers and posters.

You will make your own calligraphic logo putting into practice the various techniques learned throughout the course.

To graphic designers, calligraphers, lyricists, typographers, painters, illustrators or art lovers who want to develop their skills and know the creative process of Joluvian.

Some basic knowledge of calligraphy, basic tools (pencils, pens) and familiarity with the use of some Illustrator or similar type vector program are required.

Regarding the materials, we will need a brush, ink, pencil, eraser, paper and tracing paper, boli pilot G1 and computer. 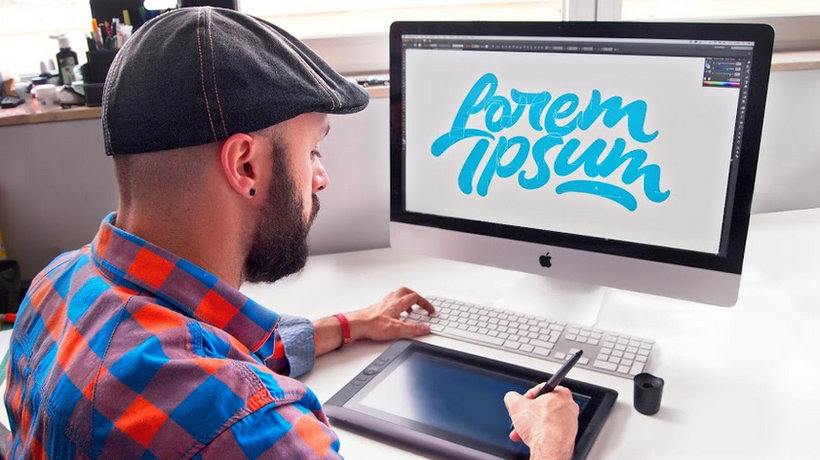 After a lifetime as a designer, illustrator and publicist, Joluvian began a few years ago a romance with the alphabet and strokes with brushes. Since then he has not stopped making letters, "it is a return to the origins, to the previous thing to the computers, he points out, to return to the manual stroke, the one that gives a unique characteristic to each letter or word because there are no two equal lines. But with the advantages of current technology that allows you to then pass everything to digital format. "

Joluvian studied graphic design in Mérida (Venezuela), and worked for many years as an art director in the same city, then he did in Valencia (Venezuela), Tijuana, Mexico and Caracas, in the latter he studied in haute cuisine. In 2009 he decided to move to Spain, where he did a master's degree in 3D and postgraduate studies in illustration, while he began to take courses in calligraphy and lettering.

He has studied, and continues to do so, in Spain and Italy with major industry, although he always had an innate talent for stroke and drawing, "when I was 8 years old my parents enrolled me in a drawing and painting course because they saw that I had skills , and I always looked at the covers that our dad made in school notebooks because he had a very nice and stylized handwriting. Later, when I started studying design, I forgot about manual work as I used the computer more, until I got into calligraphy. Actually, to go back to the lyrics, it has been to return to my original vocation ".

A course by Daniel Arranz Molinero