Fabio Medrano, specialist in Animation and Motion Graphics, will teach you how to create a corporate curtain or TV ID with Cinema 4D, Arnold Render and Photoshop.

You will learn about the principles of animation, as well as tricks of audiovisual realization, flat composition from shot to shot, lighting and post-production that will make your pieces improve exponentially. 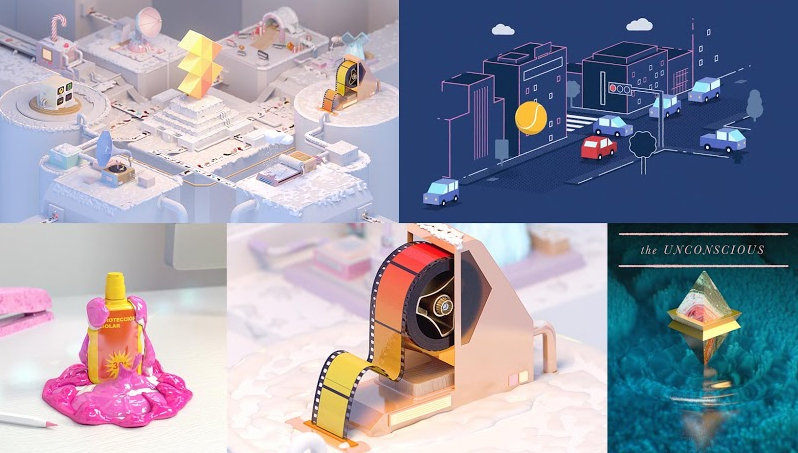 You will start knowing the trajectory and the influences of Fabio Medrano.

Next, you will review basic animation concepts such as timing and spacing, types of curves, basic deformations, anticipation, action and reaction, etc. Also, Fabio will talk to you about the secrets of plane composition, framing, optics and camera angles.

Once the bases are established, it will be time to look for references for your animation project and the creation of a mood board that will serve as the base concept.

From here it will be time to create the sketch, the storyboard, the first animatic, polish flat to plan, learn to texturize with the Arnold Render and make the final composition adjustments with After Efects.

Finally you will correct the color and light levels, you will know professional postproduction tricks to improve the final piece and you will see the most optimal codecs and formats to upload your animation to different platforms.

Create your own television curtain with Motion Graphics.

Animators, designers, illustrators with a 3D base and anyone who wants to immerse themselves in the world of Motion Graphics and learn animation, lighting and rendering techniques with Cinema 4D and Arnold Render.

To carry out this course it is necessary to have previous knowledge of Cinema 4D and Photoshop.

Regarding the materials, a computer with mouse or graphic tablet, paper, pencil, Cinema 4D, Arnold Render, Photoshop and After Effects will be needed. 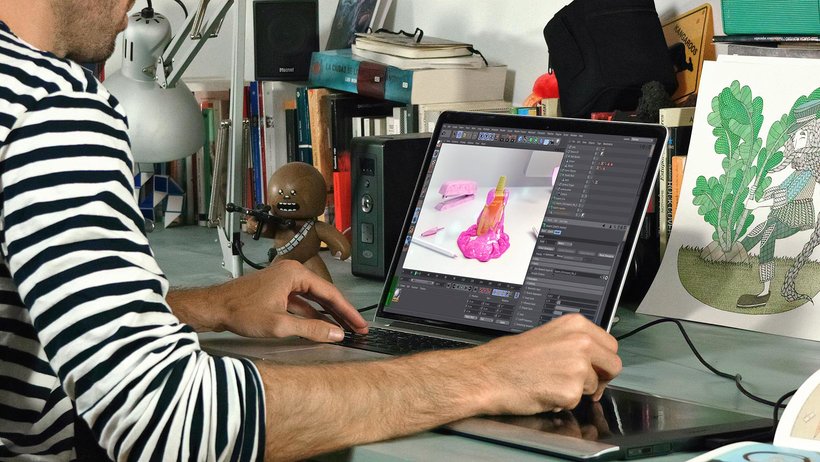 Fabio Medrano is Director of Animation and Motion Graphics. Although he began studying Realization and Audiovisuals, curiosity eventually led him little by little to the Directorate of Art and Animation. He is a generalist professional, as is known in the industry, since in addition to creating, modeling, animating and illuminating he enjoys a lot with all the intermediate rendering processes, the creation of textures and the final composition.

Throughout his career he has made projects for brands such as Orange, Nestlé, Play Station, Pepsi, Bezoya; corporate image pieces for television channels such as Canal +, Nova, Discovery Channel, Cuatro, Antena 3; visuals for concerts of groups like Skrillex, mappings or apps among others.

From the personal point of view, he is passionate about traveling and tries to capture his experiences around the world in his work through color, textures and environments. He is also a lover of cinema and comics, two sources from which he drinks when thinking about new solutions when composing an image, ways to illuminate, symbolism, the use of costumes and props, etc.