Creation of Origami Lamps with Paper

Learn to create a 3D lamp with basic folding techniques

♫ Music "I Love You" by Alpaca Sports - Elefant Records | iTunes

Learn to create a 3D lamp with basic folding techniques

In this course of Estela Moreno (Cartoncita) -expert in origami and scenography- you will learn the basic techniques of creating origami lamps.

You will discover the necessary materials and tools, basic folding of paper and diagrams to make your own origami lamp based on simplicity, the game of textures and color looking for maximum expressivity from simplicity.

As Cartoncita comments, "we associate origami to a children's game but it is also a contemporary design technique from which functional and decorative products are extracted applicable to clothing, furniture, architecture, jewelry, etc."

You will begin to learn more about Cartoncita's work, her career, her influences, her tastes and some of her favorite books.

Below you will discover the tools, materials and basic techniques of folding paper, diagrams and origami types. "Paper and cardboard are economical, recyclable materials with multiple possibilities" , explains Cartoncita. "Apparently static and flat, after folding, the paper takes three-dimensionality and speaks through its shadows".

Once you have become familiar with the basics, you will go through the process of designing a lamp by learning to create the first sketches, transfer the lines to the folds, fold the transferred lines and close the project to perform the installation on the wall.

Finally, Cartoncita will talk about other applications of origami and the endless stylistic possibilities it offers. 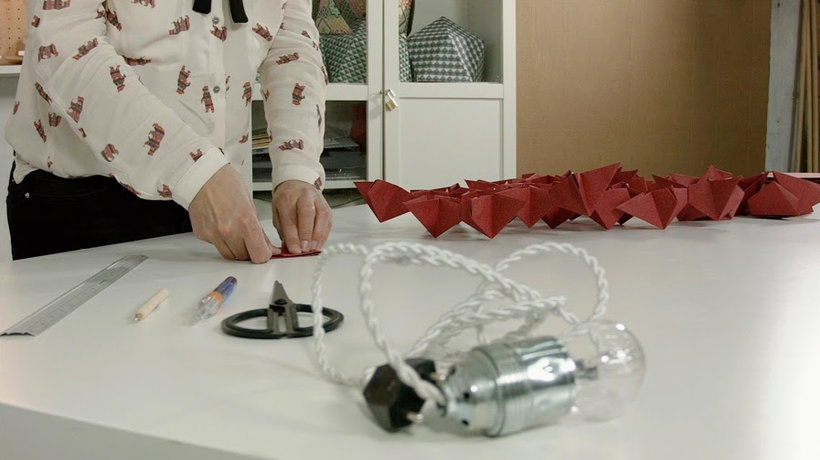 The final project of the course is to design, fold and create your own origami lamp.

To illustrators and designers who want to get away from the computer, to anyone who is interested or curious about origami and handmade things, those who want to create a unique and personal object for their office, home or to give and surprise.

You do not have to be an artist or an expert in anything. You will not use a computer or technology, you will only have to have patience, go step by step, relax, meditate and enjoy, letting yourself be carried so that your hands go alone. 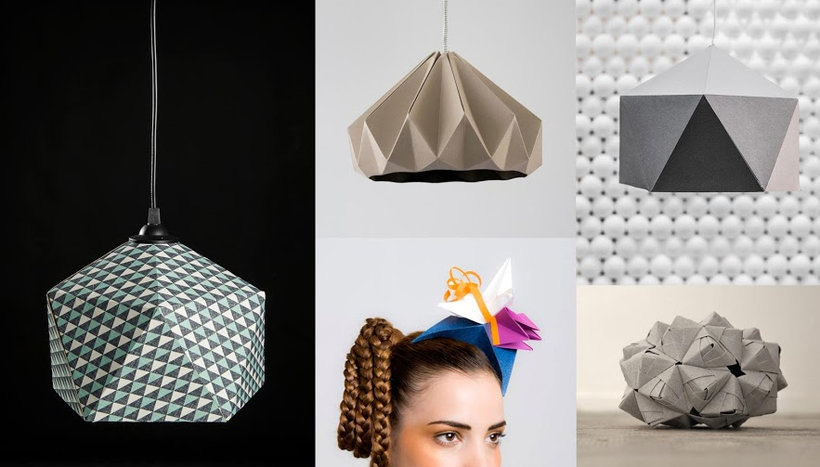 Estela Moreno de Cartoncita left her job in a bank office to dedicate herself to what she liked best, the fashion world.

He studied styling and his first parade and some collaboration on the Gaudí catwalk, made him realize that what he really wanted in this discipline was to develop a purely creative work, where each project was a new challenge.

For this reason he specialized in theatrical costume design and set design. And that's how Cartoncita came about, a personal project where paper and cardboard took center stage. To do this, Estela recovers traditional manual techniques, such as origami, to adapt them to new technologies and a more contemporary vision.

Cartoncita has done advertising work for Vespa, Samsung and La Roca Village. Paralelamente the window dressing, the theater and the ephemeral spaces occupy great part of their activity. In addition, the need to share his love for origami has made him teach workshops of lamps or participate with the fashion brand Hermès for which he made exclusive origami caballitos with handkerchiefs. In 2015 he also published his first book, "Lamps of Origami", with 15 projects of basic and modular origami.

Creation of Origami Lamps with Paper

A course by Francesca Dalla Benetta

A course by Gary Drostle

Learn how to create a timeless mosaic from its design to the final polished piece, using the traditional paper-face technique

A course by Julieta Álvarez

A course by Violeta Gladstone