César Evangelista, better known as Mr. Kone -Illustrator, designer and art director- starting from everyday elements will teach you to take the illustration to a new technical and conceptual level. From different ideas, concepts and techniques you will undertake a path of experimentation with alternative methods that will help you to combine analogous and digital processes in the illustration. 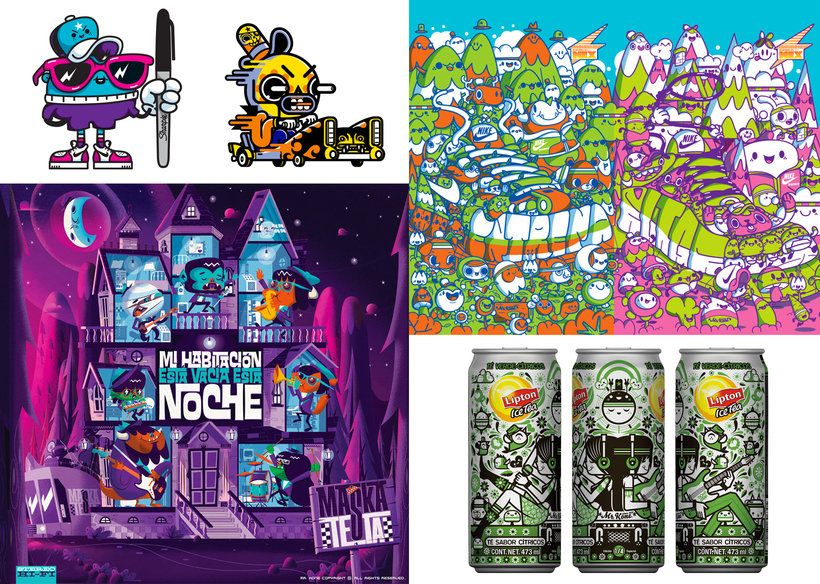 You will begin by getting to know the work and career of Mr. Kone and his vision of the contemporary Enlightenment. Next, you will start from elements that surround your daily life to develop different ideas that allow you to experiment when illustrating through basic shapes such as: circles, squares, rectangles and trapezoids and then move on to the three-dimensional shapes with which you will create different shapes .

You will also work with form and volume, create textures at an analogous level and then add more complex aspects to your illustrations, combining manual techniques with specific programs such as Photoshop and Illustrator.

Finally, you will make a vector illustration in Adobe Illustrator full of realism and quality, applying all the knowledge and techniques learned during the course.

This course is aimed at all types of designers, illustrators and any creative person; from beginners to those who are looking for new ways and methods to capture their ideas through illustration and visual experimentation.

To complete this course you will need to have basic knowledge of design and drawing. In addition, you must have elementary notions of Adobe Illustrator and Photoshop.

César Evangelista Bautista, better known as Mr. Kone, is a Mexican designer with more than 15 years of experience in different areas of visual communication such as editorial design, packaging, branding and advertising which are always accompanied by a strong base in illustration .

Among the most prominent awards in his career is the Cannes Media Lion Gold 2011 for the NIKE CUP campaign.

He has given numerous conferences and workshops in different events in Mexico and other countries; his work has been published by various publishers around the world.

Currently working as a freelance in different commercial and personal projects as well as being part of numerous independent design projects in various parts of the world which stand out for their great style full of color, shapes and above all originality.